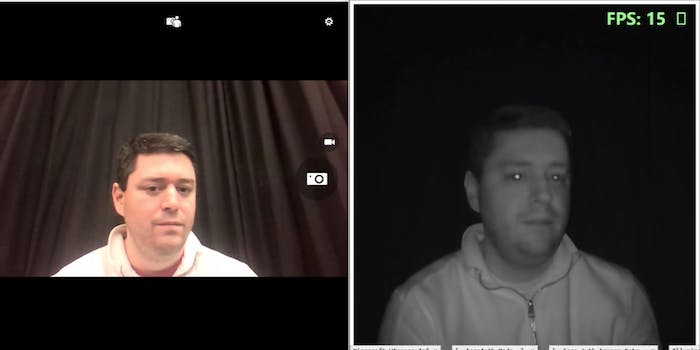 Use your eyeball to unlock your PC.

The company emphasized in a blog post that Windows Hello, the new login method, was built with both convenience and security in mind. According to Microsoft, the new technology could be useful in the government, finance and healthcare sectors.

“We’re working closely with our hardware partners to deliver Windows Hello capable devices that will ship with Windows 10,” Microsoft said on its blog.

Microsoft is doing its best to make “password123” a thing of the past. The company also revealed Passport, a programming system that lets developers integrate Windows Hello or PIN-based authentication into their programs in addition to traditional passwords.

Hello Windows! How you doing? Proud of the work the team did here… c00l feature http://t.co/IBiL1eOdX9

Windows Hello is part of a larger trend that has already caught on at tech companies like Apple and Google. The iPhone 5S introduced “Touch ID” in September 2013. Microsoft may be late to the party, but its contribution to the password-replacement revolution carries a modern touch that’s been missing from the company for quite a while.