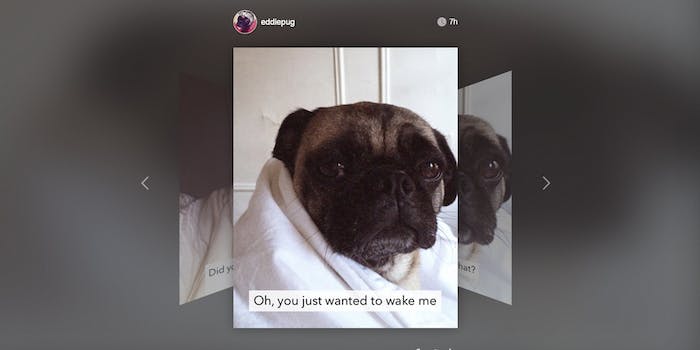 Will Wright will help you tell your tales.

Even if you’re not a particularly heavy gamer, you’ve probably still heard of Will Wright. At the very least you’ve heard of the games he’s created—most notably SimCity. But his next venture has very little to do with gaming. Rather than helping players create their own stories in digital worlds, Wright is now hoping we’ll tell our tales using Thread, his new iOS app.

Thread is a storytelling tool that falls somewhere between Whisper and Snapchat. Users build multi-image stories called threads that can be paged through like a book. Text, stickers, and links can be added to the images to further flesh out the experience for the reader, and image filters, frames, and other small touches give each page a photo album vibe.

Once you create a thread it can be shared on the usual social media suspects like Twitter and Facebook or enjoyed by the community at large, gaining Instagram-esque “hearts” and comments along the way. You can even browse the stories on the Web, which makes them a lot more appealing for those behind a computer screen.

Thread is kind of an odd marriage of several other social apps, which might make it a hard sell for iPhone owners who are used to seeing a new Whisper-alike pop up in the app store every day or so. Still, the app itself is quite well laid out, very intuitive, and creating funny stories and modifying photos is always a fun passtime.