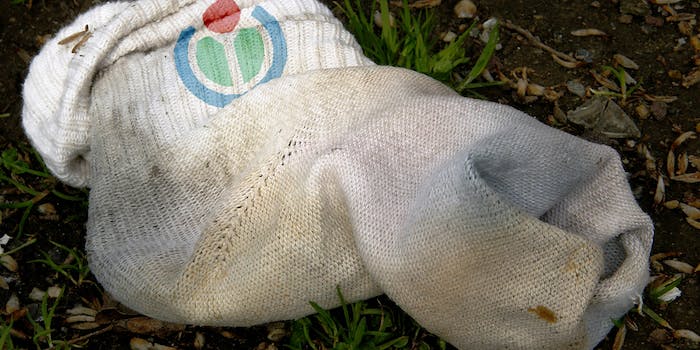 The non-profit that runs Wikipedia is facing serious questions about its employee vetting process as one of its veteran software developers has admitted to flagrantly violating encyclopedia policy by using a “sockpuppet” to report issues faced with a Wikipedia editor.

Wikipedians who looked into the case further soon discovered that Ryan Kaldari, who has worked at the Wikimedia Foundation (WMF) for four years, also ran Snuffster—a parody of early social networking site Friendster, hosting images of murder victims, including children.

“Sockpuppeting” is the use of a fake, secondary account to make edits or comments that then cannot be traced back to the puppeteer’s primary account. Kaldari used a “sockpuppet” to complain about a “pattern of continued incivility” on the part of Wikipedia editor Eric Corbett.

The allegations might seem minor, but sockpuppetry is a clear violation of Wikipedia policy’s against fake accounts. One member of the independent forum Wikipediocracy described Kaldari’s actions as equivalent to a DMV employee being found drunk-driving, or a Department of Fish and Game employee “[taking] endangered wildlife species without a license.”

Ironically, these revelations come as Wikipedia attempts to bring more transparency to its editorial process. Users are in the midst of a vote over whether the encyclopedia should add an amendment addressing the controversial practice of undisclosed paid editing to its terms of use. The motion, if passed, would provide clear guidelines on how PR professionals should declare conflicts of interest before working on the encyclopedia. That move came after a Daily Dot report in October detailed how one marketing firm, Wiki-PR, used hundreds of sockpuppet accounts to fluff up the pages of its clients.

Posters in the Wikipediocracy forum, the first site to bring attention to Kaldari’s admission, later uncovered his links to the shock site Snuffster, posting screenshots taken from the site of seemingly genuine photos of dead bodies and mocking discussions of disappeared or murdered children.

Though Kaldari freely confessed to sockpuppetry in a post to the Administrator’s Noticeboard, he described the actions as necessary “to avoid being attacked by [Eric Corbett’s] supporters.” Corbett responded to the confession by pointing that Kaldari was caught in the first place by CheckUser—a special Wikipedia bot that has access to user IP addresses as well as other identifying information. He alleges that the confession is an attempt by Kaldari to salvage his reputation by taking the “least damaging course of action.”

Kaldari has since relinquished his administrative rights on Wikipedia, and his future at the Wikimedia Foundation remains unclear. Some members are pushing for an outright block or ban. However, his ownership of Snuffster—bizarrely—may not be allowed to factor into the final decision.

Wikipedia admins aren’t supposed to consider off-wiki behaviour when making decision, unless it directly involves violating the site’s policies. As Wikipedia editor Liz notes on the Administrator Noticeboard, a central hub for bringing issues to the encyclopedia’s influential admins: “As tasteless as it might be, it should not have any bearing on whether or not the editor receives a block”.

Either way, it runs the risk of becoming a public relations nightmare for the WMF. That a senior employee broke basic protocols and was able to run a site dedicated to hosting pictures of mutilated corpses for 10 years undetected, has already prompted some users to angrily declare their discontinuation of financial support for the Foundation:

Wikipedia founder Jimmy Wales has since weighed in, indicating he stands by the foundation. Kaldari’s conduct elsewhere on the net should have no bearing on his status as a Wikimedia employee, Wales said, referring to the claims as “an outrageous allegation of a type that we don’t allow on-wiki”.

For his part, Kaldari saw Snuffster as little more than a joke in bad taste. Writing on the Administrator’s Noticeboard, he said he created the site in 2003 to serve as an almost word-for-word parody of Friendster.

“As the site was just an outdated joke, I never policed the content that other people added later.”

Moreover, Kaldari said, he only ran one profile on the site. “If you want to accuse me of something,” he wrote, “accuse me of not pro-actively censoring the offensive content that other people added.

“The site had long outlived its purpose anyway. I’m not ashamed of having created it, however.”

This is not the first time in recent months the WMF’s judgment has been brought into disrepute: in January, high-profile staffer Sarah Stierch was let go after being found to be accepting payments for edits to the encyclopedia.

Editor’s note: This article has been updated to clarify why Kaldari created the sockpuppet account.