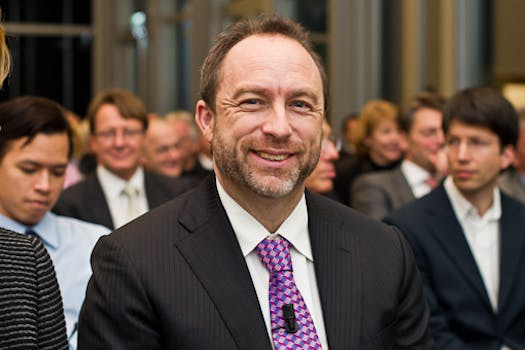 The site's first-ever Wikipedian of the Year is a former paid propaganda flack for the authoritarian Kazakh government, known for its iron control over free media and awful human-rights record.

Some of Wikipedia’s harshest critics have dug up an embarrassing bit of Wikipedia history in recent days. Most notable: The site’s first-ever Wikipedian of the Year is a former paid propaganda flack for the authoritarian Kazakh government, known for its iron control over free media and awful human-rights record.

Rauan Kenzhekhanuly is a Kazakh government man through and through. The former first secretary at the country’s Russian embassy also served as Moscow Bureau chief for the National TV Agency, a government propaganda arm launched by the daughter of Kazakh’s all-powerful president-cum-dictator Nursultan Nazarbayev.

Now Kenzhekhanuly runs WikiBilim, an organization devoted to ballooning the size of the Kazakh language Wikipedia. But while WikiBilim may be a nonprofit, it’s also backed financially by the state’s sovereign oil wealth fund, which is run by none other than President Nazarbayev’s son-in-law.

Wikimedia, the nonprofit foundation that runs Wikipedia, has also offered a grant to WikiBilim, to the tune of $16,600.

Thanks to those funding sources and a small army of unpaid volunteers, Kenzhekhanuly managed to swell the ranks of Kazakh-language Wikipedia articles to from seven to more than 100,000 in less than a year. Much of that content was copied directly from the Kazakh National Encyclopedia, which gave WikiBilim a license to its entire digital archives.

Like most media in Kazahkstan, the country’s printing presses operate under the state’s vice-like control. Human rights watchdog group Freedom House reported in 2012 that every printing press in the country is controlled directly by the government and that “with advertising revenue in short supply, private print media are often forced to rely on state subsidies.”

Kazakhstan has been under the firm grip of Nazarbayev—a frequent target of criticism from human rights groups—since 1989, when the country was still a part of the U.S.S.R.

While the state constitution officially permits free speech, it also prohibits criticizing the government, and the state is known for crackdowns on any news organizations that fail to toe the government line. It’s hard to believe WikiBilim—with powerful state backers—would be any different.

Indeed, there’s clear irony in the fact that Wales, a die-hard free speech advocate, would name name a former state media head as Wikipedian of the Year, something that wasn’t lost on Wales himself.

“My position on working with companies and organization in difficult jurisdictions is, I think, thoughtful and nuanced,” Wales wrote after Wikipedians had questioned his ties to the Kazakh government on his talk page.

“In Kazakhstan, there is a great group of volunteer editors—just like you—who are working in a non-political way with their own government to transition an older encyclopedia into Wikipedia, as well as to recruit quality volunteers.

“When I go to Kazakhstan, I will do the same thing that I do everywhere I go: I will speak with the highest officials who will meet with me and try to convince them to respect the fundamental human right of freedom of expression.”

He added in another discussion on Quora that “no one has produced any evidence of any kind of manipulation of Kazakh Wikipedia.”

Wales was responding from comments by Andreas Kolbe, a moderator at Wikipediocracy, an external forum whose members are often harshly critical of Wikimedia’s management. Kolbe had also lobbed accusations about Wales’s tenuous personal connections to Kazakhstan.

Shortly after these tangential relationships were raised on his Wikipedia talk page, Wales shut down the conversation entirely, calling them “absurd” and  “bizarro conspiracy theories.”

As for the allegations that the organization’s financial backing of WikiBilim amounted to implicit support of the Kazakh government’s censorship regime, Wales had this to say:

The Wikimedia Foundation has zero collaboration with the government of Kazakhstan. Wikibilim is a totally independent organization. And it is absolutely wrong to say that I am “helping the Kazakh regime whitewash its image.” I am a firm and strong critic. At the same time, I’m excited by the work of volunteers, and I believe—very strongly—that an open and independent Wikipedia will be the death knell for tyranny in places like Kazakhstan.