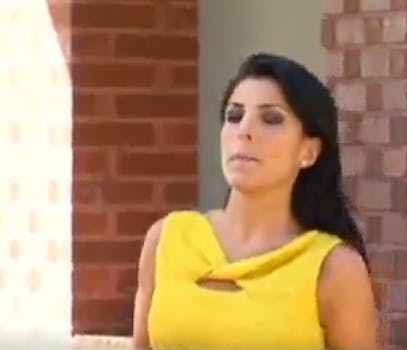 According to an odd Wikipedia edit in February, Jill Kelley is an "amateur ambassador and chess player.”

The love pentagon that centers around disgraced CIA Director David Petraeus and his biographer Paula Broadwell continues to intersect unexpectedly and bizarrely with Wikipedia. On Monday the Daily Dot reported that an anonymous editor at the free encyclopedia appeared to know about Petraeus’s affair with Broadwell all the way back in January.

Now we’ve learned that Jill Kelley—the Florida military socialite who helped launch the investigation into Petraeus—also made a surprising guest appearance on Wikipedia about 10 months ago, thanks to an edit by someone with a U.S. Central Command (CENTCOM) IP address.

BoingBoing reported Tuesday that on Feb. 9 someone with a CENTCOM address inserted Kelley’s name into the “Notable alumni” section of the Arcadia University entry on the encyclopedia. The editor also appended this seemingly sarcastic description:

Kelley was an unpaid CENTCOM social liaison at the time. She may have held then, as she does now, an inflated sense of her own influence in U.S. government. In a 911 call earlier this week to complain about reporters camped out near her house, Kelley claimed to possess diplomatic immunity, something the Department of State has flatly denied.

BoingBoing’s Xeni Jardin, wondering about the mystery Wikipedia editor, wrote: “I mean, who was that, John fucking Allen?”

It could have been. At this point, who would be surprised?

If you’re unfamiliar with the case, which broke last Friday when Petraeus abruptly resigned, you should probably first consult a roadmap. But here’s the gist of it: Earlier this year, Kelley told a friend (and apparent wannabe paramour) at the FBI she’d received harassing emails. When the bureau dug into those messages, they uncovered the relationship between Broadwell and Petraeus. The “harassment” apparently amounted to little more than Broadwell warning Kelley to stay away from her man.

But the same investigation also revealed thousands of pages of emails sent between Kelley and Gen. John Allen, the (married) top U.S. Commander in Afghanistan and former CENTCOM head.

One U.S. official described the emails as the “equivalent of phone sex over email.” As if that’s not bad enough, both Petraeus and Allen intervened in a nasty custody battle involving Kelley’s twin sister, who a Florida judge described as having “severe personal deficits in the areas of honesty and integrity.”