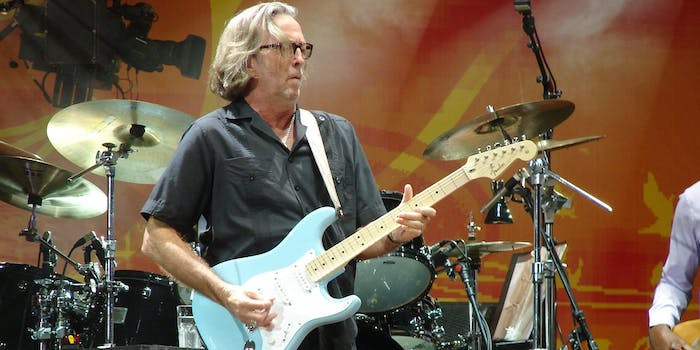 Why is so Eric Clapton against the COVID vaccine, even though he already got one?

Clapton is wary for people to get the shot ... even the sheriff.

One of the most famous guitarists of the past half-century has been making headlines lately, but not because of his recently announced North American tour. Instead, 76-year-old Eric Clapton has become a vocal opponent of the COVID-19 vaccine after receiving one himself.

He alleges that the drug is responsible for “disastrous” side effects that caused numbness to his hands and feet.

Even before making these dubious claims, Clapton had been outspoken against Britain’s shutdown measures. In December 2020, two months before his injection, he appeared on Van Morrison’s anti-lockdown song “Stand and Deliver,” which accused the U.K. government of stripping away personal freedoms to contain the spread of the virus.

Clapton penned his diatribe about the vaccine in a letter to his friend Robin Monotti Graziadei, an architect and fellow anti-lockdown activist who shared the letter on Telegram with the artist’s permission in May.