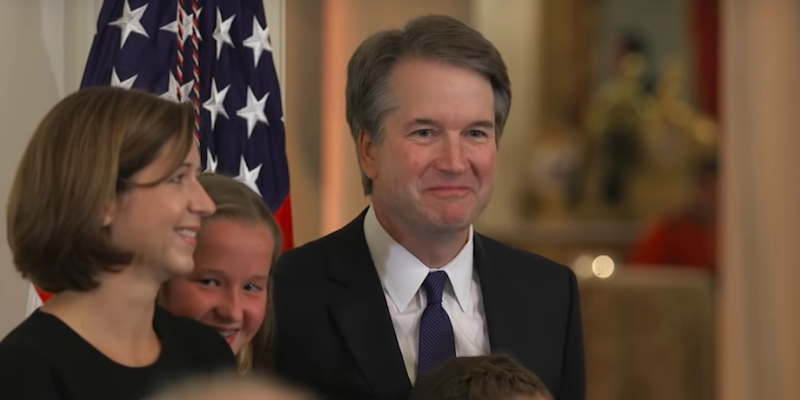 Who is Brett Kavanaugh, Trump’s pick for Supreme Court?

The short answer is that Brett Kavanaugh is a liberal’s worst nightmare.

This would have been true of practically anyone Trump nominated. A certain segment of the pundit class will spend the coming days gushing about Kavanaugh’s qualifications. But rational people should realize that it doesn’t really matter how brilliant someone is if their intention is to take away the very things that make millions of American lives bearable.

Who is Brett Kavanaugh—and what are his political views?

Brett Kavanaugh is incredibly qualified to bring a series of painful rulings to bear on the American public.

There is a long paper trail on Brett Kavanaugh. He went to Yale, then he clerked for Justice Kennedy. He played a key role in preparing the Starr Report, which laid out the case for President Bill Clinton’s impeachment. Later, he worked on the Bush side during the 2000 Florida recount. As a judge, he has decided hundreds of cases. He has trained many clerks who have gone on to work for the Supreme Court.

As they say about every conservative justice, he is a legal scholar who prioritizes the Constitution’s original meaning (whatever that means in an era with the internet and nuclear weapons). In short, Kavanaugh has done all the things you are supposed to do to become a Supreme Court Justice.

In fact, Sen. Dick Durbin (D-IL) once called Kavanaugh the “Forrest Gump of Republican politics” because he has managed to “show up at every scene of the crime…whether it is Elian Gonzalez or the Starr Report, you are there.”

And so, we know, more or less, how he would rule on any major issues that are making their way throughout our country’s judicial system. At only 53 years of age we can expect that Judge Kavanaugh to be shaping American jurisprudence for roughly the next 30 years.

So where does he stand on the issues that will come to his court, should he get nominated?

Kavanaugh has a “narrow view” regarding what circumstances a woman has a right to terminate a pregnancy. While the wholesale destruction of Roe v. Wade may not happen, attacks on abortion rights are a virtual certainty. For example, last year Kavanaugh joined a dissent arguing that an undocumented teen should not be allowed to seek an abortion.

It doesn’t take a massive leap of imagination to think of other ways that abortion could be denied to various women on whatever grounds Kavanaugh’s great legal mind can muster.

Abortion has been the most talked about issue surrounding Kavanaugh, but impeachment has definitely been a strong second. With the Mueller investigation ongoing and Trump mired in various scandals, people should find Kavanaugh’s views on investigating the president troubling.

Though Kavanaugh himself played a prominent role in setting up Bill Clinton’s impeachment process, the judge holds the opinion that presidents shouldn’t be “distracted” by criminal investigations.

In 2009, Kavanaugh wrote an article in the Minnesota Law Review arguing that Congress should pass a law “exempting a President—while in office—from criminal prosecution and investigation, including from questioning by criminal prosecutors or defense counsel.”

Not only is it incredibly convenient that Trump would pick a nominee with this view, but it also speaks to an authoritarian streak in Kavanaugh that bears out across his judicial record.

Kavanaugh is an enemy of the EPA. He previously ruled that certain attempts to regulate carbon emissions go outside the bounds of the law. He once wrote, “In my view, it is unreasonable for EPA to exclude consideration of costs in determining whether it is ‘appropriate’ to impose significant new regulations on electric utilities.”

Some of his rulings on the environment cross the line from malice into sheer absurdity, such as one ruling that the EPA could not attempt to curb air pollution that crossed state lines.

Kavanaugh has admitted that climate change is real, so perhaps we can count that as a small blessing.

Remember the Hobby Lobby case? Kavanaugh would side with the craft store, holding that the Obamacare contraception mandate infringed on the rights of religious organizations. The judge is also in favor of expanding the flow of public funding to religious schools.

Kavanaugh once wrote in a case regarding the ACA’s contraception mandate, “When the Government forces someone to take an action contrary to his or her sincere religious belief (here, submitting the form) or else suffer a financial penalty (which here is huge), the Government has substantially burdened the individual’s exercise of religion. So it is in this case.”

In 2016, Kavanaugh wrote that employers can require workers to waive their right to picket. He also once ruled a union election void because undocumented workers cast ballots and “tainted” the vote.

Elizabeth Warren’s Consumer Financial Protection Bureau, known for taking on big banks and corrupt lenders, has been all been defanged under President Trump. Kavanaugh views the Bureau’s very construction as unconstitutional. At the time of this ruling, it was widely considered to be blindly partisan. In general, a favorite judicial trick of Kavanaugh’s is to deny the regulatory authority of government agencies on due to his “originalist” interpretation of the Constitution.

However, that may not be his complete stance.

As with the rest of Kavanaugh’s record, the judge bent over backward to appease conservatives on this issue. In the ACA case Seven-Sky v. Holder, he suggested that the President could choose to nullify Obamacare. He wrote, “Under the Constitution, the President may decline to enforce a statute that regulates private individuals when the President deems the statute unconstitutional, even if a court has held or would hold the statute constitutional.”

You may see why Trump chose him now.