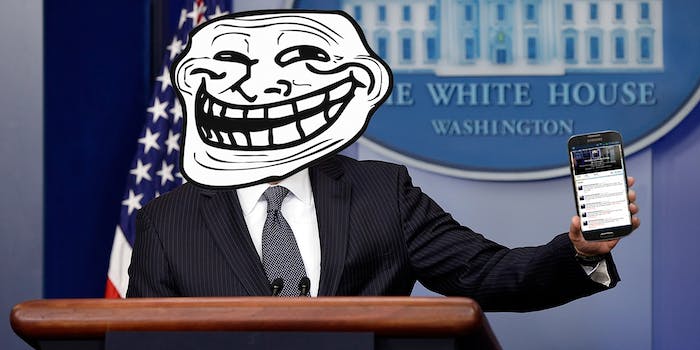 There were also tweets indicting the administration for the IRS’s scrutiny of right-wing nonprofits and for the incident at Benghazi.

The homepage of the White House Press Corps and its Twitter account were both hacked early this morning.

It began at about 2am ET, when tweets appeared that criticized both the Obama administration, Attorney General Eric Holder, and the five news organizations that agreed to attend Holder’s off-the-record meeting on how the Justice Department would investigate journalists in the wake of the AP leak investigation.

There were also tweets indicting the administration for the IRS’s scrutiny of right-wing nonprofits and for the incident at Benghazi, Libya in which several Americans were killed at the consulate there, including the American ambassador, Chris Stevens. The site was also temporarily defaced with a graphic that contained the hashtags for #IRS, #Bengazi, and DOJ. 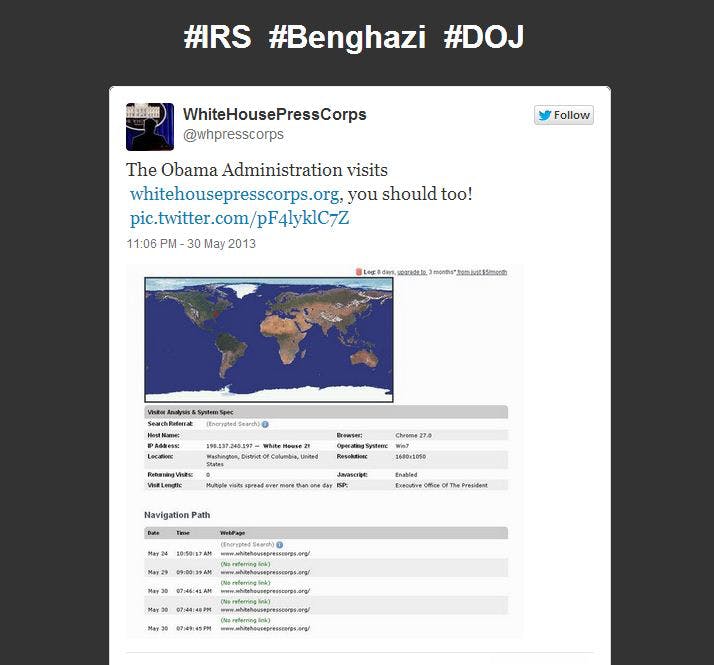 Although neither the site nor the Twitter account are associated directly with the White House Press Association, the hackers maintained that it was visited by users on the White House’s computer system.