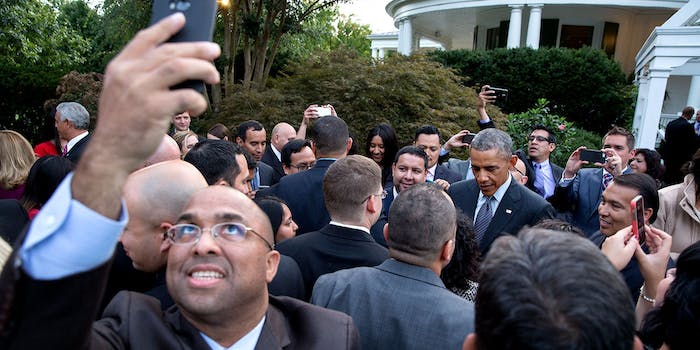 You can now take selfies during White House tours

You can now take selfies in the West Wing.

“Effective today, guests are now welcome to take photos throughout the White House tour route and keep those memories for a lifetime,” the White House said in a statement.

Shutterbugs still have some restrictions, however. According to the White House, cameras with lenses longer than 3 inches are still forbidden, as are tripods, video cameras, flash photography, and livestreaming.

The new photo policy does not give the press corps better access to the president’s “private” events. In 2013, the White House Correspondents Association and several major media outlets wrote a letter to the Obama administration voicing their frustration with the limited access they received to such events.

White House tours are available Tuesdays through Thursdays from 7:30am to 11:30am and Fridays and Saturdays from 7:30am to 1:30pm. To schedule a tour, you must file a request with your representative or one of your senators at least 21 days (and no more than six months) before your trip to Washington, D.C.