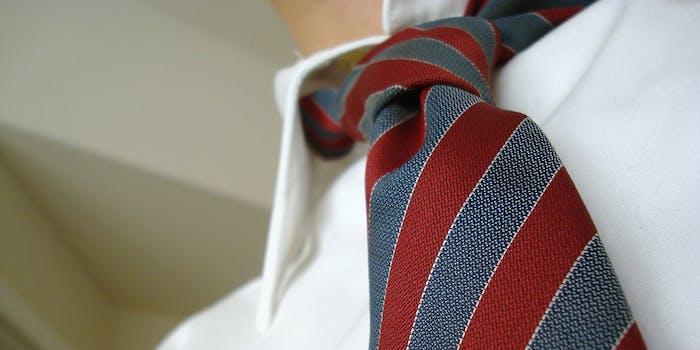 100,000 sign White House petition to put 47 senators on trial for treason in under a day.

A group of rogue Republican senators may be getting a taste of Jeffersonian democracy—and find themselves facing charges for treason.

A petition on the White House’s website has received over 100,000 signatures in a single day, enough to mandate an official response from the president, and spark a trending hashtag in the process.

The petition calls for criminal charges against 47 senators who “committed a treasonous offense” in writing a menacing letter to the government of Iran, now in the middle of negotiations with President Obama aimed at reaching a nuclear energy agreement.

The letter, penned by Sen. Tom Cotton (R-Ark.) and signed by 46 other Republican senators, warned Iran that any deal reached by the president could be undone by a future commander-in-chief “with the stroke of a pen.”

Iran’s Foreign Minister Dr. Javad Zarif responded to the senators’ letter, saying “in our view, this letter has no legal value and is mostly a propaganda ploy.”

According to a 2006 report by the Library of Congress, no one has ever been prosecuted under the Logan Act, and only one person has ever been indicted under it: a Kentucky farmer in 1803.

Old as it is, the Logan Act still remains in effect as federal statute—it’s the law of the land. Its application in actual criminal proceedings is unprecedented, but so is the groundswell of public outrage calling for politicians to be put behind bars. Being almost 100 years old hasn’t stopped the Espionage Act being invoked to prosecute and convict several U.S. whistleblowers—including Chelsea Manning—even though it was originally intended to punish seditious spies sharing information with the enemy during World War I.

Just called my Senator who was a member of the #47Traitors Have you called yours? Don't let them jump to the next half-baked attack on Obama

#47Traitors border on treason! Who do the Republicans think is going to fight the War they're instigating? http://t.co/io4ckUx8C1

For now the White House has to issue an official response to the petition, as it is required to do with all petitions on its online “We The People” platform that reach the threshold of 100,000 signatures.

Photo via Robert Banh/Flickr (CC BY 2.0)