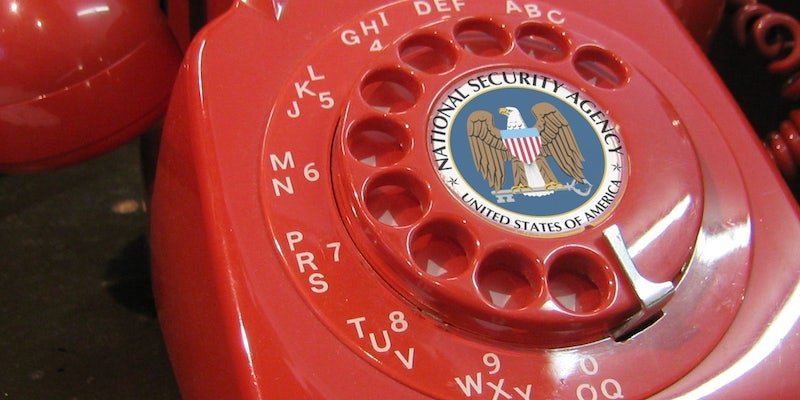 Nearly two years since Snowden's leaks, the program is finished.

The White House has formally announced that the NSA’s program of collecting American phone records in bulk will finally come to an end.

“I understand they have started winding down the program,” White House Press Secretary Josh Earnest said in his press briefing on Tuesday.

The writing was on the wall for the phone metadata program, the very first one to come from former NSA leaker Edward Snowden’s trove of leaked files. The program, under which major phone companies, like Verizon, turned over customers’ phone metadata—which numbers called which, at which time, and how long the calls lasted—garnered by far the most interest from reformers in Congress, whose squabbling last week meant the Senate failed to reauthorize Section 215 of the USA Patriot Act, which has been used to give the program its legal authority.

Earlier this month, a federal court found the program was not authorized under the Patriot Act and was thus illegal.

The Department of Justice last week instructed the NSA to “wind down” the phone-metadata program. More importantly, the NSA did not submit its usual request to the classified FISA court for another 90-day extension on the program, as it has done for years.

Earnest did echo President Obama’s desire for the Senate to pass a last-minute version of the USA Freedom Act this Sunday evening, May 31, which would codify the practice, already in place with at least some major phone companies, of storing customers’ phone records the way the NSA has. In that scenario, the NSA would need a warrant from each phone company to get a target’s phone records.

Were that to happen, Earnest said, the NSA is expected to have that modified program fully running in six months, though he left the door open for it to take longer.

The NSA has only named a single terrorism case that relied heavily on the bulk phone metadata program, despite the agency’s supporters insistence that it’s a vital tool for national security.

Earnest said he wasn’t sure what a transition would do to the agency. “What impact that has on their capabilities, though, is something you have to ask them,” he said. The NSA did not respond to the Daily Dot’s request for comment.