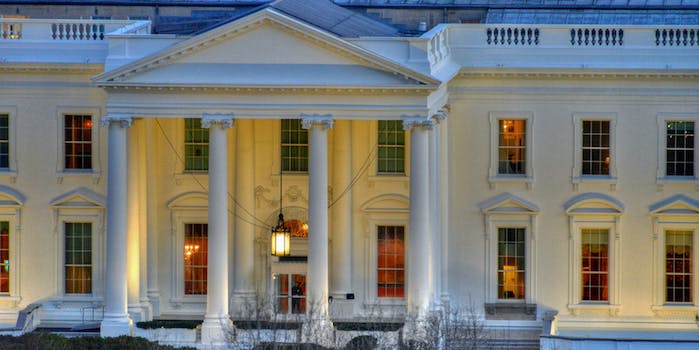 Whitehouse.gov appears to have purchased keywords that lead to a sponsored link slamming Russia's president.

With tensions running high between the U.S. and Russia, the White House may have just escalated things with some Internet trolling.

According to Washington’s Blog, it appears the White House purchased a popular Russian language keyword and used it to place a sponsored Whitehouse.gov link at the top of Google search results. The link in question takes direct aim at Russian President Vladimir Putin, transporting users to a page entitled “Putin Sponsors Terrorism.”

The link was first pointed out by a Russian writer who tweeted out the following screengrab:

Idaltae did not say what search term she used to come across the sponsored link, but by using Keyword Spy, Washington’s Blog found a list of search terms purchased by Whitehouse.gov. The “Putin Sponsors Terrorism” link was tied to the term “Telenor Russia.”

Telenor is a major telecommunications company based in Norway, which services Eastern Europe. Telenor has been involved in legal disputes as of late regarding its ownership stake in various Russian and Ukrainian telecom companies. This likely makes it a popular search term in Russia and Ukraine.

In recent months, already chilly relations between the United States and Russia have worsened with the Russian invasion of Ukraine and imposition of new sanctions by the U.S.

Photo by GlynLowe.com/Flickr (CC BY 2.0)