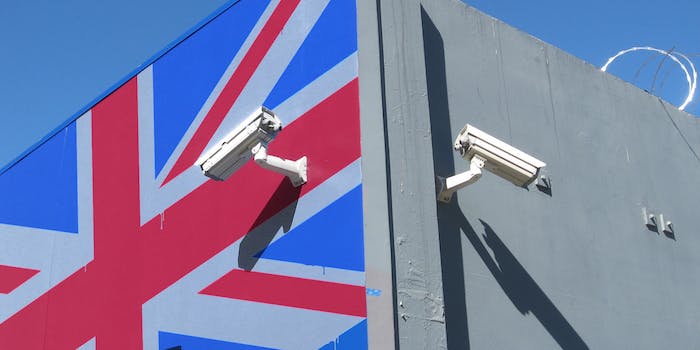 What is DRIP, the controversial ’emergency’ U.K. mass surveillance bill

Couldn't they have come up with a better acronym?

This week, “DRIP” has dominated the British news cycle. The drearily-named piece of legislation has alternately been described as absolutely essential for the security of the nation, and a dangerous expansion of the surveillance state. Here’s what you need to know.

DRIP is the Data Retention and Investigatory Powers Act. It was introduced after the European Court of Justice (ECJ) ruled Britain’s 2009 Data Retention Directive invalid—a legal decision that has been echoed elsewhere across Europe, with 7 countries so far ruling blanket retention unconstitutional. DRIP would restore much of the surveillance powers stripped by the ECJ decision.

Well, there’s two issues at stake. First, there’s the incredibly rapid timetable in which it was passed. Since its introduction just last week, the “emergency” bill has been rushed through Parliament in a single day, with very little time for debate. After passing the Lords Wednesday night, it looks likely to be given “royal assent”—and so passed into law—by the end of the week.

Update: As of Thursday, July 17, DRIP has now received “royal assent” and become an official Act of Parliament, enshrining it in law.

Secondly, there’s the content of the bill itself. Whilst its proponents maintain that it merely enshrines in law current practices, its critics argue that it in fact grants the government sweeping new powers, many of which were proposed—and rejected—in the so-called “Snooper’s Charter” earlier this year. This is despite Deputy Prime Minister Nick Clegg claiming in June that the issue would not be revived before the next general election. “That’s just not something going to happen while I’m in government,” he said.

But isn’t it an emergency?

That this is an “emergency” is the argument given by DRIP’s proponents to justify the undue haste of its passing—but it does raise questions as to why the government waited three full months after the European ruling before making a move. Former shadow secretary David Davis, a high-profile Conservative Member of Parliament (MP) and one of the bill’s few critics in the Commons has said his “understanding is [that] there was an argument inside government between the two halves of the coalition and that argument has gone on for three months, so what the coalition cannot decide in three months this house has to decide in one day.”

“This seems to me entirely improper because the role of parliament, we have three roles. One is to scrutinise legislation, one is to prevent unintended consequences and one is to defend the freedom and liberty of our constituents. This undermines all three and we should oppose this motion.”

While Davis is decidedly anti-DRIP, his explanation for why the bill was rushed through Parliament is the best anyone has at the moment.

So, who’s in favor of DRIP?

Most MP’s. All three main parties—the Conservatives and Lib Dems that comprise the coalition government, along with Labour in opposition—have given the bill their backing. After MP’s voted overwhelmingly in favor of the accelerated timetable, the bill itself passed the Commons by a vote of 449 to 33.

Conservative Home Secretary Theresa May stressed the urgency of DRIP, saying that “if we delay, we face the appalling prospect [that] police operations will go dark, that trails will go cold, that terrorists plots will go undetected.”

In opposition, the shadow home secretary Yvette Cooper (Labour) also supported the bill—though she argued that it must constitute the beginning of a broader debate on surveillance.

“This is not the way that this kind of legislation should be done. Let’s be clear, the last-minute nature of it does undermine trust in the government’s intentions but also in the vital work the police and agencies need to do,” Cooper said. “But I have no doubt this legislation is needed and that we cannot delay it until the autumn.”

Not quite. That the bill has overwhelming support in the Commons doesn’t mean it’s without its critics.

The U.N. High Commissioner for Human Rights Navi Pillay has criticized the decision to rush the bill through Parliament, saying that “it’s difficult to see how the U.K. can now justify rushing through wide-reaching emergency legislation, which may not fully address the concerns raised by the court, at time when there are proceedings ongoing by the U.K.’s own investigative powers tribunal on these very issues.” (Those “proceedings” she refers to are ongoing legal action brought against the U.K. government by a consortium of human rights organizations including Privacy International and Amnesty International.)

These changes allegedly include authorising the U.K. government to “compel persons or companies outside the United Kingdom to execute an interception or warrant relating to conduct outside of the U.K.” They also claim that “DRIP attempts to extend the territorial reach of the British interception powers, expanding the U.K.’s ability to mandate the interception of communications content across the globe.”

“It introduces powers that are not only completely novel in the United Kingdom, they are the first of their kind globally,” the academics said.

Peers in the British upper chamber, the House of Lords, have also raised concerns that clause 1(3) of the bill potentially allows the Home Secretary to “expand her surveillance powers without the need for further votes in the Commons,” reports Politics.co.uk, and that it is “not clear” what would “prevent the secretary of state using clause 1(3) to enhance data retention powers.”

Whistleblower Edward Snowden has also condemned DRIP, saying that it “defies belief,” and questioned the apparent urgency of the bill. “I mean we don’t have bombs falling,” he told the Guardian in an interview. “We don’t have U-boats in the harbour.”

Within the Commons, one key opponent is Labour MP Tom Watson, who was just defeated in his attempts to put a one-year expiration clause in the bill by 454 votes to 56.

“Parliament has been insulted,” Watson said. “[This is] democratic banditry resonant of a rogue state.”

The only Green MP in Parliament, Caroline Lucas, has said that “it is outrageous that we have been granted one day in which to debate and scrutinise a bill of such significance … this is a huge power grab under false pretences.”

Photo via JBrazito/Flickr (CC BY 2.0) | Remix by Max Fleishman