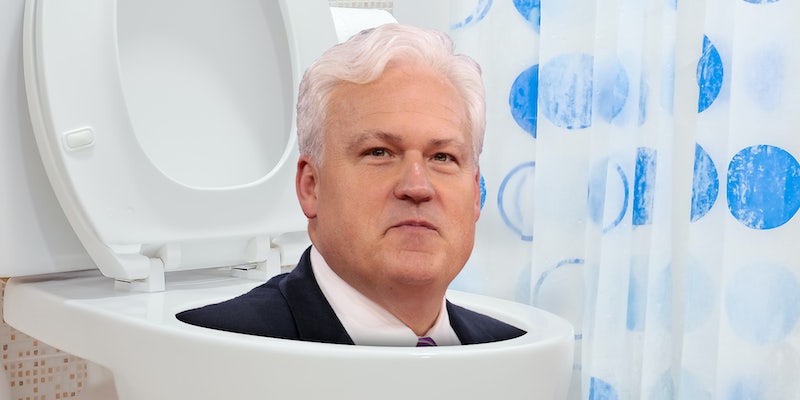 'Not exactly the most enticing of tourism taglines.'

In a speech about his trip to Puerto Rico, where he tried to raise awareness for relief efforts after Hurricane Fiona, Adams took a minute to speak about New York City’s brand. Adams called New York an international city, meaning that when something happens somewhere in the world, there are people in New York who feel its impact.

Unlike, according to Adams, Kansas.

Adams’ response sparked some ire from Kansans online, and some offers to host the mayor should he want to visit. But the vast majority of responses were of people criticizing the current state of New York City, which is currently being portrayed somewhat inaccurately, as a dystopian hellhole.

One particular Kansas conservative, CPAC founder Matt Schlapp, tried to contrast the state of New York with the behavior of Kansas citizens, with the instantly-iconic-on-the-internet boast, “We go in the toilets.”

Schlapp also dropped other conservative talking points about God creating boys and murders being rare in Kansas, in an effort to paint New York City as a failed liberal experiment teetering on the brink. All anyone could hear was an adult man’s comeback to a mayor dissing his state with, “We go in the toilets.”

Congrats to Kansas, where they go in the toilets.