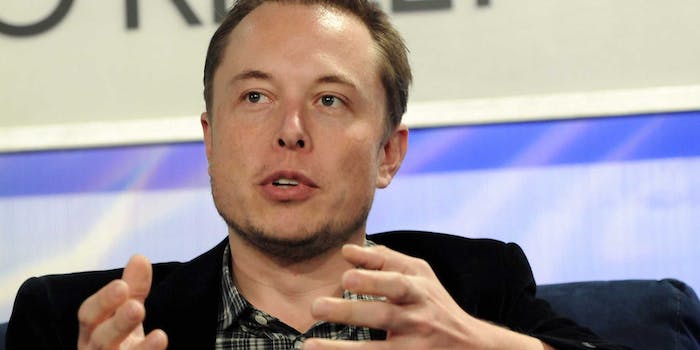 Elon Musk talks about his D, autonomous driving, and even takes us for a spin.

On the legal implications for Tesla of the “auto-pilot” feature, Musk said: “I think we’re going to be quite clear with customers that the responsibility remains with the driver. We’re not asserting that the car is capable of driving in the absence of driver oversight. And that will be the case at some point in the future, like maybe five or six years from now I think we’ll be able to achieve true autonomous driving where you could literally get in the car, go to sleep and wake up at your destination.”

When asked whether he was surprised by Tesla’s stock rising following his Tweet, Musk said: “That seems like an unlikely thing to happen just based on a tweet, but I don’t know. Maybe—I don’t know. Maybe it’s surprising. I don’t really follow the stock that much. So I think the stock moves for random reasons. And if that ends up being a mood barometer than it’s not a happy land.”

You can find these original stories and more Model D coverage at Bloomberg TV.