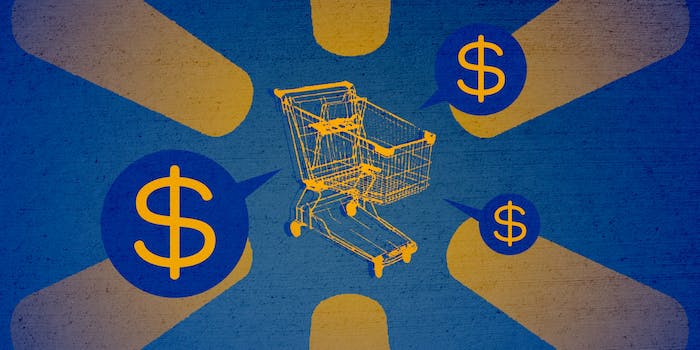 Let's hope the next step keeps us from walking around those huge stores.

Walmart, the retail mega-chain found in just about every large town and city in America, is trying everything it can to turn the tide against Amazon, and go back to the good old days. Just last year Amazon surpassed the 53-year-old establishment as the most valuable retailer in the world, forcing Walmart to strike back with some revolutionary changes to its long-dominant business model.

The company is reportedly collaborating with Five Elements Robotics to create shopping carts that follow you around and help you find items on your shopping list, according to ZDNet. The announcement of this unique technology came from Five Elements CEO Wendy Roberts at last week’s Bloomberg Technology Conference.

The move looks to be a response to Amazon’s own robotic success. In 2012 the online marketplace purchased Kiva System, now Amazon Robotics, for $775 million. Amazon has used the orange Roomba-like pods to help fulfill two-day shipping with its Prime service. It is estimated that Amazon has 30,000 robots in operation.

In recent years, Walmart has invested heavily in online shopping (though it won’t price match its own online store), and is looking into ride-hailing services to deliver its products to homes. Walmart will be hoping robot shopping carts are the answer to combating the poor reputation of its massive retail stores.