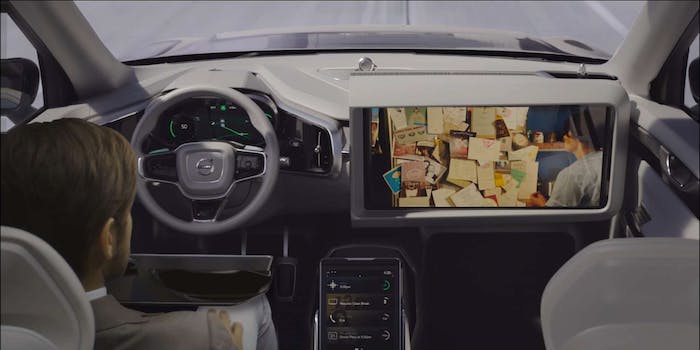 When self-driving cars finally take to the streets en masse, humans are going to have a whole lot more time on their hands. Volvo has a plan to occupy that newfound freedom with an intelligent streaming media service.

In partnership with Ericsson, the Swedish car manufacturer revealed at CES its intentions to develop an in-car entertainment system. The vision is part of the company’s larger plan for an autonomous vehicle experience, called Concept 26.

Volvo figures once drivers start adopting self-driving cars, they’ll have more time to kick their feet up while on the road. To occupy the time, the company is giving passengers sizable video screen that flips out from behind the dashboard.

On the display, Volvo plans to stream shows and movies that will perfectly occupy the commute time. If you have a quick drive to work, it may pull up an episode of a breezy sitcom to get you through. For those stuck in traffic for hours every morning, a Christopher Nolan flick may cover the duration. May god have mercy on anyone who has a drive so long it requires a Ken Burns documentary. 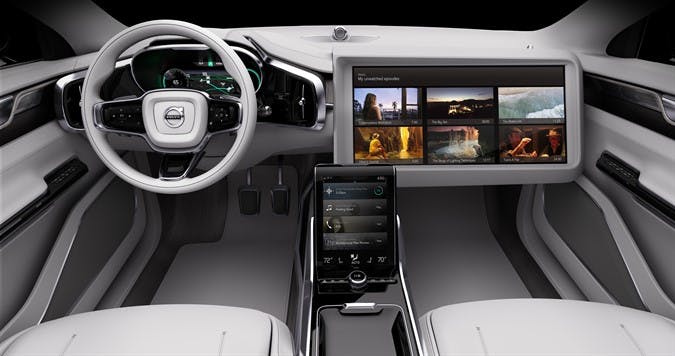 “This is further evidence that the automakers are shifting aggressively from a traditional model of marketing products to a new model of marketing services,” Bryant Walker Smith, chair of the Emerging Technology Law Committee of the Transportation Research Board of the National Academies of Sciences, Engineering, and Medicine, told the Daily Dot. “It also hints at the tremendous demands that are likely to be placed on cellular networks in the future.”

As Smith points out, the development of the system hinges heavily on the ability of the network to reliably deliver content to the vehicle. That presents a considerable challenge outside of population-dense areas where cellular networks are strongest. If you’re road-tripping through (or live in) remote areas, you’re more likely to watch the buffering icon than any video.

Volvo is utilizing Ericsson’s network to ensure a consistent stream, predicting network conditions on the route and caching the video to get you through dead zones along the way.

Smith found this part of Volvo’s announcement to be particularly exciting. “Transportation infrastructure now means a whole lot more than just pavement and traffic signals. And automotive companies don’t want to be left behind,” he said. 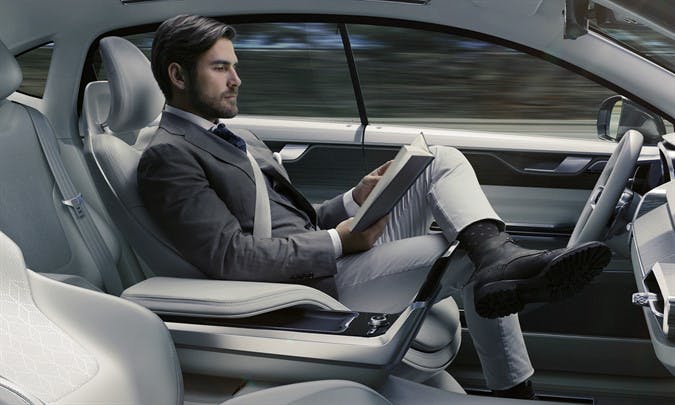 The built-in entertainment system clearly has its appeal, but it could also present potential safety hazards. If a driver needs to take control of the wheel, the video screen could become a distraction—or, as Smith suggested, it could also serve to keep them awake and able to reengage with the vehicle.

Smith also raised the issue of potential security concerns, stating, “companies developing these systems will need to determine whether and how these infotainment systems are separated from driving-critical systems.”

There is no information in terms of availability for Volvo’s future in-car entertainment system. At the moment, it’s purely a concept that is in the works, and it looks futuristic to us today. But by the time it’s a reality, will it seem as impressive?

“The long development cycle for automotive hardware and software has been a challenge for automakers,” Smith explained. “Will customers really choose an in-vehicle system (that could be years old at the point that it is first sold) over their personal devices (which have a much shorter development cycle and functional life)?”

We’ll find out an answer to that question as soon we can take our hands off the wheel and trust the car to take over.