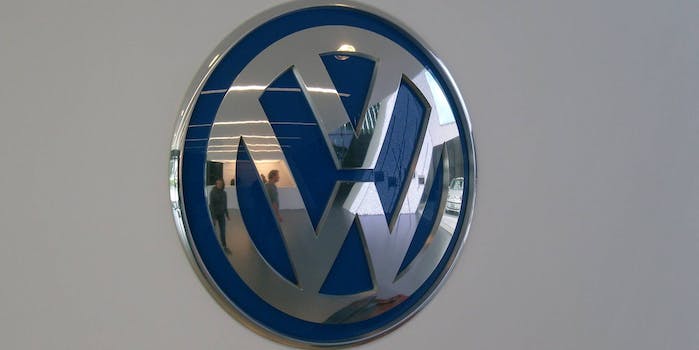 It's an unprecedented settlement.

In an unprecedented ruling, Volkswagen has been ordered by federal regulators to buy back all of its 2.0-liter four-cylinder diesel vehicles sold in the United States, according to U.S. Justice Department officials.

The buyback will apply to more than 482,000 diesel cars produced by Volkswagen and Audi that were sold between 2009 and 2015, including Beetle, Jetta, Golf, Passat, and Audi A3 models. The settlement will total more than $14.7 billion and marks the largest automotive buyback offer in U.S. history.

Volkswagen also agreed to offer $2.7 billion during a three-year period that will go to government agencies to help replace old buses and address infrastructure inefficiencies, with the ultimate goal to reduce carbon emissions. Another $2 billion, spread over 10 years, will go to programs in California and under EPA direction to construct electric vehicle charging stations and develop emission-free ride-sharing vehicles.

A separate $600 million settlement was agreed to between Volkswagen and 44 states, the District of Columbia, and Puerto Rico. In total, the agreements tally up to as much as $15.3 billion for the German car manufacturer, the largest monetary obligation in the history of the Clean Air Act.

The massive slate of settlements are the result of revelations last year that Volkswagen had installed software in its diesel-powered cars and SUVs that allowed the vehicles to pass emissions tests. Once the vehicle had achieved approval, the vehicles emitted up to 40 times the legally allowable pollution limit.

While the monetary burden for Volkswagen is already massive, it will likely only get worse from here. The company may still face criminal charges as a result of an ongoing investigation, and the current settlement doesn’t include any settlement related to vehicles with a 3.0-liter diesel V6 engine produced by the company.

Buybacks will begin this October, and owners of cars that fall under the settlement’s parameters have until 2018 to decide what to do with their vehicles. Most owners are expected to receive between $5,100 and $10,000 in compensation for the cars, regardless if they sell them back.