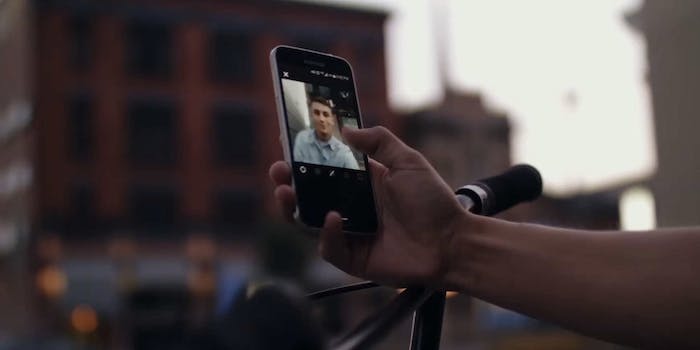 Now you can directly import video with Vine update

Shoot, cut, and merge videos with more freedom than ever before.

Vine’s six-second videos have slowly seeped into our pop culture consciousness and taken root in our demand for immediate gratification. Now, the app that’s spawned countless clips is getting a serious overhaul with some powerful new editing tools.

Gone are the days when your tiny Vine vids had to be shot with the app itself—now you can import videos directly from the iPhone’s default camera app and have all the same editing controls you normally had when shooting a video with the Vine app itself. As an added bonus for iPhone 5S owners, slow-motion videos are now also supported.

You can also edit together several videos you’ve already shot to create a compilation of whatever life moments you feel belong alongside each other. Want to cut together the first day of summer with the first day of winter? You can!

You now have added control over how you edit your clips as well, with the ability to snip bits of videos out and move things around. A preview feature has been implemented that shows you what your video looks like before you commit to each edit, and you can undo changes without losing all of your previous work. And for night owls, a “Torch” button has been added that lets you illuminate your scenes with the iPhone’s flash feature.

Vine has been getting an increasing number of negative reviews lately due to some bugs introduced in the latest update. Hopefully this new rollout corrects those as well, and since the Vine team claims the update is currently being pushed to all users, we won’t have to wait long to find out.