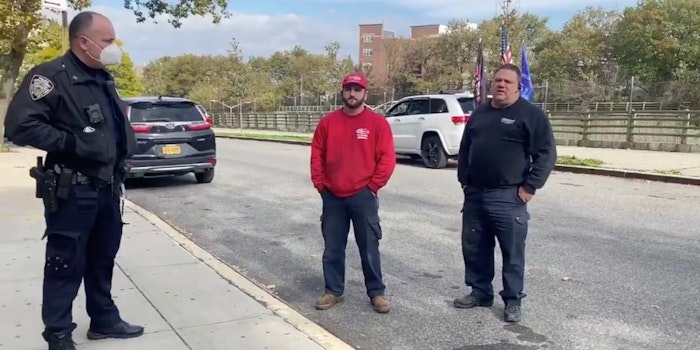 The cops are being accused of letting voter intimidation occur in front of them.

Two white men were caught on video explicitly intimidating voters in Brooklyn. They threatened at least one voter with physical violence. Two New York Police Department police officers who were present at the scene did not appear to take any action against the men.