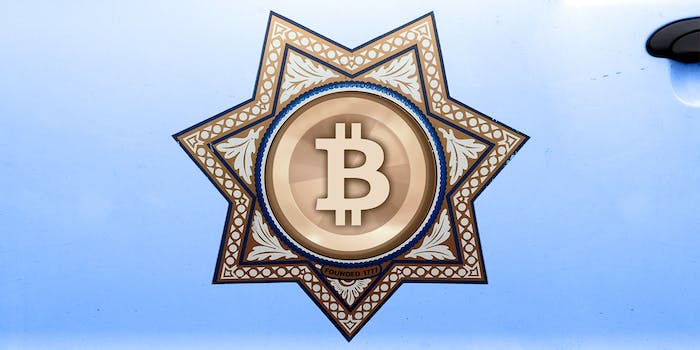 Tiny Kentucky town to pay its police chief in Bitcoin

The police chief of a tiny Kentucky town is set to get his salary digitally.

Vicco, Ky. (population 335) has passed an ordinance allowing it to pay its police chief, Tony Vaughn, in the digital currency Bitcoin, the Hazard Herald reported.

It took Vicco about a month to investigate Vaughn’s request, but now he’s poised to become the first American public official to get paid this way.

Vicco’s clearly not afraid of change. Its mayor is openly gay, and in January, it became the smallest town in America—and at the time only the third town in Kentucky—to prohibit discrimination by sexual orientation.

The town will first take Vaughn’s taxes out in U.S. dollars, then convert the remainder of his salary to Bitcoin. It’s not guaranteed that they won’t run into legal troubles in how they process Vaughn’s salary, but Branson said he expected the change to start with his next paycheck.

“I pretty much think it will eventually take over,” Vaughn told Business Insider, “or I hope it does.”