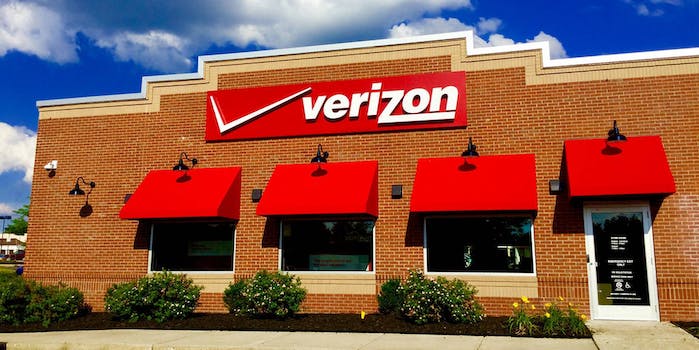 After years of swearing they'd never have rollover, Verizon may be introducing "Carryover."

If you’re thinking about getting a new cell plan in the near future you may want to wait until next week. A recent image leak from a Verizon test page caught by The Consumerist shows the mobile giant will be debuting a rollover feature in the near future alongside a new overage protection feature. In addition, Verizon will reportedly be expanding their coverage for some customers to cover all of North America, including Canada and Mexico.

The rumors started in a Reddit thread featuring Verizon employees talking about an upcoming promotion launching on July 1. The most exciting new feature for families and users who constantly find themselves going over their data limit for the month is the new Safety Mode. With Safety Mode users will find their connection speed reduced when they hit their limit for the month, but they won’t incur another charge. This feature is free for XL and XXL plans, and $5 a month for everyone else. Being throttled is better than an overage right?

XL and XXL plans will reportedly also be able to use their normal Talk, Text, and Data plans while in Mexico and Canada with no extra charges. For dual citizens, business travelers, and families on vacation this feature could end up saving you a lot of money in roaming. Customers with S, M, or L Verizon plans can access the feature for a currently undisclosed price.

The final new feature is one Verizon has been telling customers for years they wouldn’t be getting; rollover. The company has apparently changed its tune, and is planning “Carryover Data” to all customers regardless of how big or small their plan is. You can see the leaked image from the Verizon test page below. As with all rumors take these with a grain of salt, but don’t be surprised if Verizon starts offering you better options as early as week. 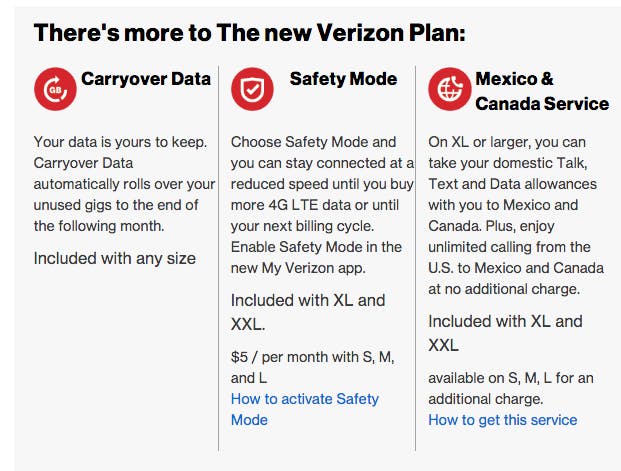