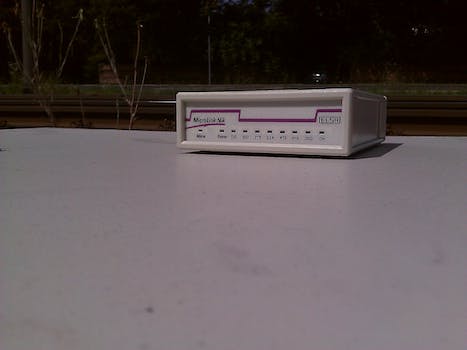 What will Verizon do with this legacy business?

Verizon announced yesterday that it intended to buy AOL for a cool $4.4 billion. If the deal goes through, Verizon won’t just get the massive content networks that are its target. Beneath the pile of media sites like the Huffington Post and TechCrunch, buried under the massive ad-tech ecosystem believed to be the impetus for the deal, there is another, oft-forgotten profit center that Verizon could soon own: dial up subscribers.

According to AOL’s most recent quarterly earnings report, about 2.1 million people in the United States still get their internet from a 56k modem connection—which means they’re still waiting for the rest of this article to load.

Those dial-up customers have generated an impressive amount of revenue for AOL: nearly $21 per month from each one. Not all of those subscribers are paying customers; many make use of free trials and promotional offers or receive a reduced fee as part of a service retention program.

Basically, AOL is bribing people not to cut the cord while others are continuously loading in those free trial CDs that came in the mail.

Even if they aren’t all paying in full, AOL’s dial-up users are a dedicated bunch. According to a Securities and Exchange Commission filing from earlier this month, typical AOL dial-up subscribers have been ponying up to hear that static, buzzing startup sound for nearly 15 years.

Not all of those long-term customers know that they’re still paying, though.

“The dirty little secret is that seventy-five percent of the people who subscribe to AOL’s dial-up service don’t need it.” an AOL executive told the New Yorker in 2011.

Some customers knowingly pay for dialup as a sort of backup plan, as if high-speed Internet service providers might suddenly fold or their satellites might fall from the sky. Basically, these are Internet apocalypse preppers.

Others have no choice. High-speed access is unavailable in a surprisingly high percentage of the country: Nearly 17 percent of Americans have no access to high speed connections, according to the FCC.

It’s more than a bit ironic that Verizon, the massive telecom provider that boasts about the speed and coverage of its Internet service, might soon find itself serving the largest cache of dial-up users in the country. (It’s unclear if the Verizon has any plans to cancel or modify AOL’s dial-up plans.)

The company could just wait these customers out. The number of subscribers has been shrinking year after year, down 11 percent this year. Then again, revenue generated per user actually rose seven percent, so there might be some cash left to be milked. However it looks for their brand, it’s hard to imagine Verizon would pass up the chance to make more money.