Photo via Chad Cooper/Flickr (CC BY 2.0)

Does Venmo know who will win the NCAA tournament?

Venmo me your winnings.

If your NCAA bracket is totally ruined, you’re definitely not alone. Because of a few early upsets, 99 percent of brackets were busted in the first three games alone. But could Venmo, your faithful money transferring app, have helped you make better picks?

Venmo recently shared the results of an experiment conducted by one of its data scientists, JT Glaze. According to a blog post by the company, to pick out the winners on his bracket, Glaze “looked at the number of times a school name, abbreviation or team mascot was mentioned in the Venmo feed.” If Venmo Lucas likes magic, then Venmo JT likes using his data to make pretty accurate sports betting predictions.

And the results are actually not that terrible. In the first round, Venmo accurately predicted 21 out of the 32 games. The next round was a little rough, with Venmo only getting eight out of 16 games right. Venmo bested the Elite Eight, getting five out of eight games correct. 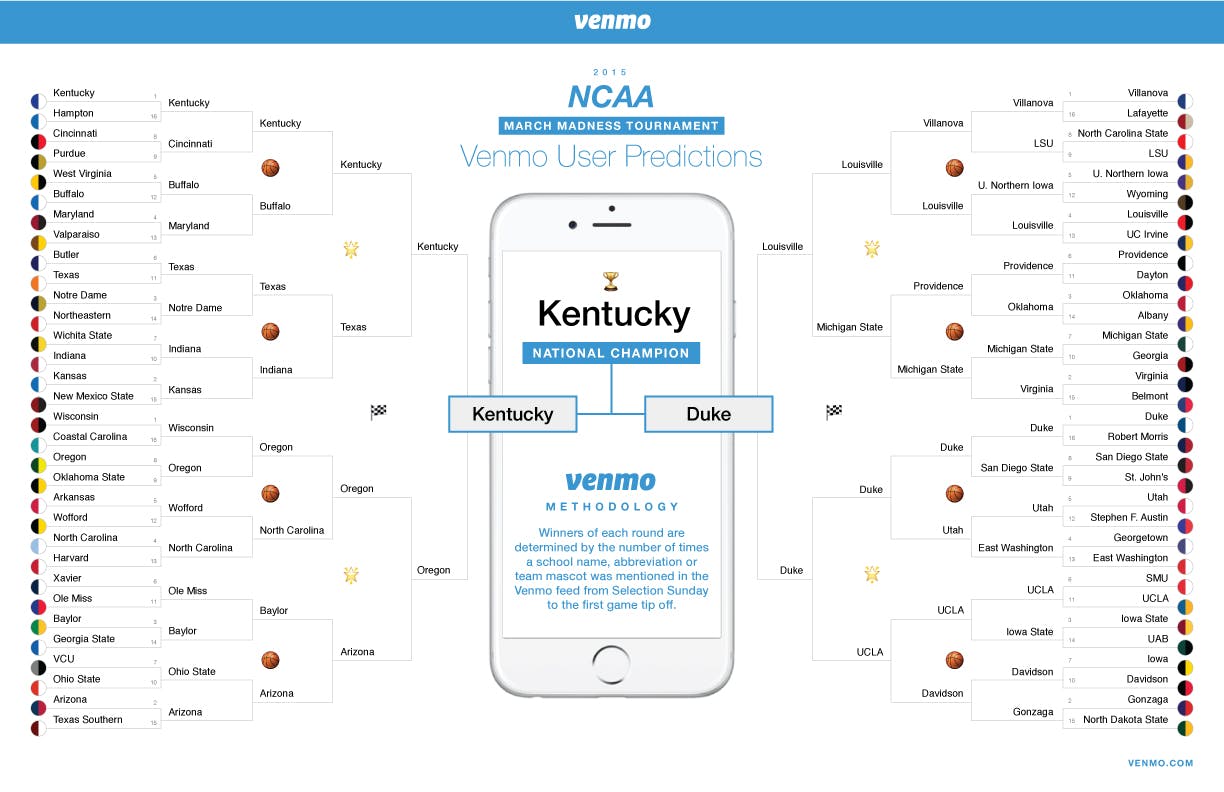 The Venmo bracket has Kentucky, Oregon, Louisville, and Duke in the Final Four, which is only 50 percent correct. Duke and Kentucky will be playing next week, but against Michigan and Wisconsin respectively, and not Oregon and Louisville.

Glaze used Venmo data to predict that the national title game would be between Duke and Kentucky and that seems consistent with odds predicted by Las Vegas bookers. According to Vegas Insider, Kentucky is expected to trounce Wisconsin while Duke is expected to quietly edge out Michigan State in next week’s games.

For what it’s worth, Venmo’s predictions have faired much better than President Obama’s, who tragically chose Villanova to make a long run in the tournament. Venmo Lucas 2016.