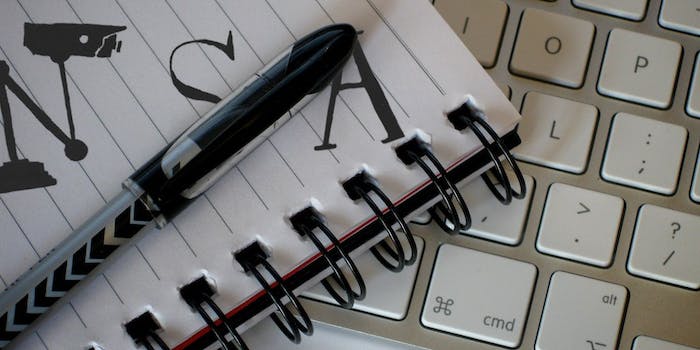 How bad is the USA Freedom Act? Just look at who voted ‘yes’

Its biggest original supporters have said no; its biggest critics voted yes. What happened?

Want a bellwether for just what happened on Thursday, when the House passed the USA Freedom Act, previously lauded as the post-Edward Snowden bill to save American privacy and then derided as a hollow shell?

Take a look at the votes.

The USA Freedom Act, unveiled back in October, started out as privacy-conscious Americans’ favorite way to reform the National Security Agency. Tech companies like Google and Reddit were behind it. The major digital privacy groups were behind it. Members of Congress with serious privacy cred, like Rep. Justin Amash who, in the immediate aftermath of Snowden’s NSA leaks, authored an amendment to defund the agency, were behind it.

But then came the compromises. The House Judiciary Committee retooled it, to the dismay of many. Then it was reworked again right before going up for a vote Thursday, and everybody who had started the party left. Advocacy groups renounced it, as did a coalition of major tech companies. The House passed it handily, 303-121.

Amash, who at the anti-NSA rally Restore the Fourth in November officially endorsed the USA Freedom Act to a cheering crowd, voted no. But Amash, who explains his votes on his Facebook page, couldn’t stand the final version. “At its best, the Freedom Act would have reined in the government’s unconstitutional domestic spying programs,” he wrote. However, he added:

This morning’s bill maintains and codifies a large-scale, unconstitutional domestic spying program. It claims to end ‘bulk collection’ of Americans’ data only in a very technical sense: The bill prohibits the government from, for example, ordering a telephone company to turn over all its call records every day.

But the bill was so weakened in behind-the-scenes negotiations over the last week that the government still can order—without probable cause—a telephone company to turn over all call records for ‘area code 616’ or for ‘phone calls made east of the Mississippi.’ The bill green-lights the government’s massive data collection activities that sweep up Americans’ records in violation of the Fourth Amendment.

Rep. Anna Eshoo (D-Calif.) was a vocal critic of the Cyber Intelligence Sharing and Protection Act’s (CISPA) implications for Americans’ privacy. Rep. Zoe Lofgren (D-Calif.) said she’d been denied her attempt to introduce an amendment to make it easier for Internet companies to reveal orders to disclose user data. When Snowden’s revelations first went public a year ago, Rep. Jared Polis (D-Colo.) went on an anti-NSA tear and Rep. Raul Labrador (R-Idaho) immediately called for a congressional review of the Patriot Act that justified the agency’s actions.

All of them were early cosponsors of the USA Freedom Act; all voted no on Thursday.

“At the end of the day, they realized that this bill doesn’t end mass collection of records using Section 215 of the Patriot Act,” Mark Jaycox, a legislative analyst at the Electronic Frontier Foundation, told the Daily Dot.

“Many members learned from the Patriot Act that there could be huge problems if Congress doesn’t get the chance to vet an intelligence bill and to figure out what exactly the bill does,” he added. “Unfortunately, the majority of Congress hasn’t learned that lesson.”

Conversely, House Intelligence Committee Chairman Mike Rogers (R-Mich.) and Ranking Member Dutch Ruppersberger (D-Md.)—often counted among the biggest defenders of the NSA in Congress—were so distraught by the original USA Freedom Act that they introduced their own competing bill. Both voted yes on the final USA Freedom Act.

That tells you everything you need to know about this bill in its current form.

So now, the fight moves to the Senate.

“We’re looking forward to the Senate, where we’ll be able to work with a Chairman, Senator Pat Leahy, who has been a stalwart defender of privacy and who has the ambition to rein in the NSA,” Jaycox said.

Can the Senate fix the USA Freedom Act? Or will Leahy eventually vote no, too?

Photo by peteoshea/Flickr (CC By 2.0) | Remix by Fernando Alfonso III