Over the past four years, America’s private space industry has rapidly expanded to become the largest in the Milky Way. But the skyrocketing industry has U.S. regulators searching for ways to balance risk and reward.

The meteoric rise of U.S. commercial space flights is not all star gazing and zero-gravity high fives, however. The American expansion is posing considerable challenges to regulators, especially after three launch mishaps since October 2014, including two explosions, one crash, and one fatality.

The Federal Aviation Administration (FAA) will soon be empowered for the first time to regulate the crews and participants of commercial spaceflights, starting Sept. 30. However, officials say they are seeking detailed industry plans that follow the FAA’s recommended practices.

“If Congress does not extend the regulatory moratorium beyond September 2015,” the GAO report reads, “FAA will need to determine whether and when to regulate the safety of crew and spaceflight participants.” 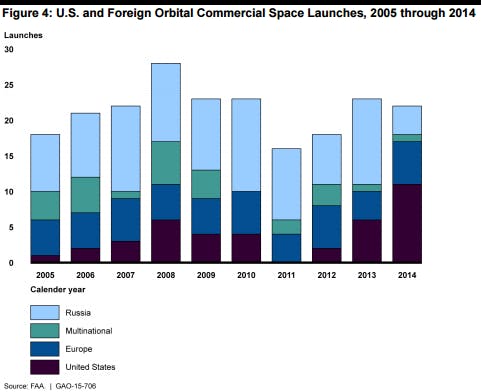 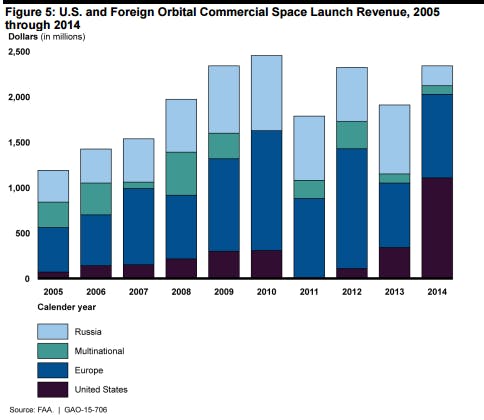 NASA has invested $1.4 billion in commercial spaceflight through programs like the Commercial Cargo Program and Commercial Crew Program, which are meant to”establish safe, reliable and cost-effective access to space.”

Read the full GAO report below: