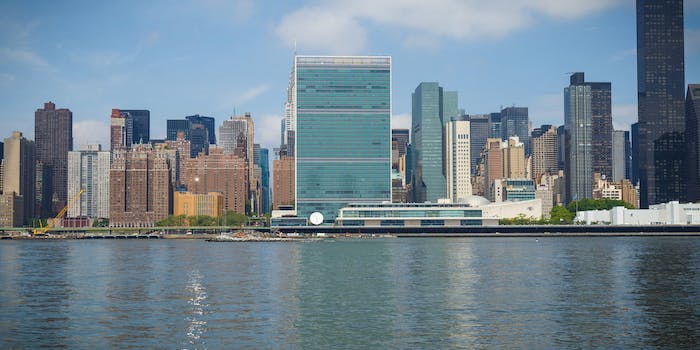 The U.N. blasts AT&T, NSA for spying on its Internet activity

The U.S. says it's stopped, but the U.N. might not settle for that.

The United Nations has reminded countries that its buildings are off-limits to spy agencies in the wake of new revelations about NSA activities at its New York headquarters.

The New York Times, using documents provided by Edward Snowden, reported Saturday that the National Security Agency exploited a long-running partnership with AT&T to tap all Internet traffic into and out of U.N.’s complex in Manhattan.

Vannina Maestracci, a U.N. spokeswoman, told the press that the international organization was “looking at this and how best to respond.”

“The inviolability of the United Nations is well established under international law.”

“The inviolability of the United Nations is well established under international law,” she said, “and we expect member states to act accordingly and to respect and protect that inviolability.”

After previous Snowden leaks exposed NSA spying at the U.N., the U.S. promised that it would stop. The newly disclosed documents only cover government activities through 2013, and there has been no indication that the U.S. has broken its promise.

Maestracci did not respond to a question from the Daily Dot about whether the U.N. was considering switching its Internet service to a different company.

The land under the U.N.’s headquarters building and the support facilities adjoining is technically international territory, but the organization has agreed to abide by city, state, and federal laws in exchange for police, firefighting, and other municipal services.

Update 12:38pm CT, Aug. 18: Maestracci, the U.N. spokeswoman, told the Daily Dot that the U.N. is in contact with AT&T to discuss its role in the wiretapping. An AT&T spokeswoman did not immediately respond to a request for comment on the talks.

Update 2:02pm CT, Aug. 18: An AT&T spokesman declined to comment on conversations with the U.N.