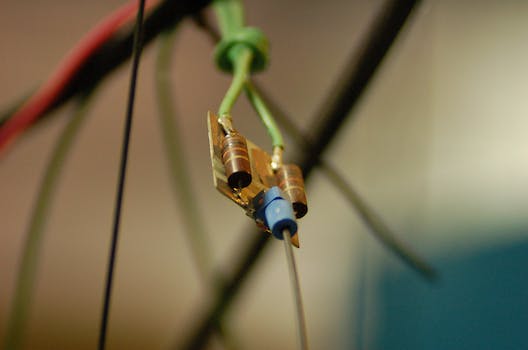 Can the U.S. protect the most crucial piece of the global communications system?

Concern over the vulnerability of vital undersea Internet cables has reached the halls of Congress.

Four senators sent a letter Tuesday to three top Obama administration officials seeking information on “what steps are being taken, and what steps need to be taken, in order to enhance the security of the undersea network” of cables.

There are fewer than 300 fiber-optic submarine cables crisscrossing the world, connecting every continent except Antarctica. Most of the cables are approximately three inches in diameter and heavily insulated, though deeper sections of the cables are less protected. Despite being perhaps the most critical element of the global communications system, the cables go largely unnoticed by most of the world’s population.

“[W]e are increasingly concerned with what a targeted attack on the cables the U.S. depends on could result in.”

But the Russian government recently spooked American officials by sending a submarine equipped to cut undersea cables down the East Coast of the United States. The move sparked fears that Russia could enhance a kinetic war with physical sabotage of the Internet’s central nervous system.

“Due to increased Russian aggression and their presence in waters these cables rest in, we are increasingly concerned with what a targeted attack on the cables the U.S. depends on could result in,” the senators wrote.

Sabotage isn’t the only concern. Natural disasters can also rupture the cables. Nine of them snapped during the 2006 Hengchun earthquake in Taiwan, and the massive 2011 Japanese earthquake and tsunami damaged a cable that connected Japan and the western United States.

Because of the interdependence of these cable systems, a rupture in one country can take down access to large parts of the Web in countries on the other side of the continent.

Although there is significant redundancy in the transatlantic cable system, underserved areas like the Middle East and Africa are vulnerable to massive disruptions from a single cable break. The Mediterranean and the Middle East suffered widespread service disruptions during three incidents in 2008 that remain unsolved. (One contested theory is that abandoned or improperly dropped anchors damaged the cables.)

The senators’ request for information about cable protection will likely meet with resistance from the military, which is typically reluctant to discuss the specifics of defensive measures. But the letter, which urged the creation of “a national security strategy that incorporates the vulnerability of our undersea network,” could spur action on Capitol Hill to formally adopt such a strategy.

Photo via Russell Neches/Flickr (CC BY 2.0)