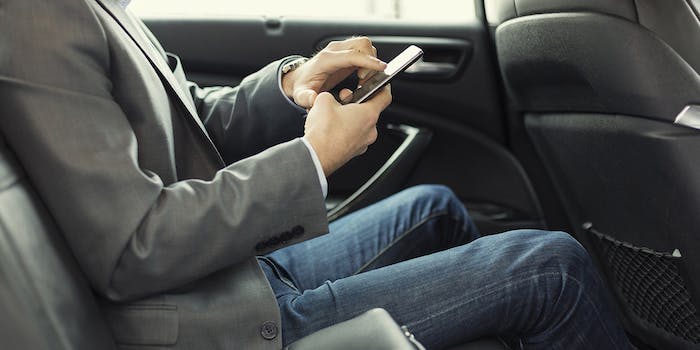 Uber’s app knows if your phone is almost dead, and that you’re willing to pay more because of it

When you're stuck with low battery, surge pricing doesn't seem so bad.

Every passenger hates surge pricing–the practice of charging passengers more at times cars are in high demand–but Uber knows when you’re more likely to pay for it. According to Keith Chen, Uber’s head of economic research, you are willing to pay more for your ride home if your phone battery is really low.

Chen spoke with NPR’s The Hidden Brain to break down the psychological and economic behaviors of Uber passengers, and told the podcast that Uber knows that when your battery is draining, you’re more like to just accept high prices so you don’t get stranded without your phone or a way home.

People already gripe about the outrageous surge pricing, which can be as high as 9.9 times the normal fare. Passengers are alerted multiple times before they agree to a ride with a ballooned price point, and often it’s worth it to just wait until fares decrease and you can get a more affordable ride.

It makes sense people with low battery remaining would capitulate to higher fares. With limited options, a high-priced Uber looks way more appealing than getting stranded wherever you happen to be.

Though Uber knowing your battery life and that your desperation plays in to your willingness to pay more is a bit worrisome—could Uber manipulate prices if it knows you’re at three percent?

According to Chen, Uber doesn’t use your battery level against you. He called people’s low battery-powered acquiescence to surge an “interesting kind of psychological fact of human behavior.”

If you’re surprised Uber even knows your battery data, you’re probably not alone. Even if you read the company’s privacy terms you wouldn’t necessarily be aware it’s a data point the app collects, although it collects a ton of other information, so it shouldn’t be too unexpected.

In Uber’s terms, the long legalese you agree to but probably don’t read, there’s no mention of “battery.” A section called “Device Information” might cover it, though. We’ve reached out to Uber for clarification and will update if we hear back.

So what does Uber even need with your battery data anyway? Uber collects that information so it knows when to go into power-saving mode, Chen said.