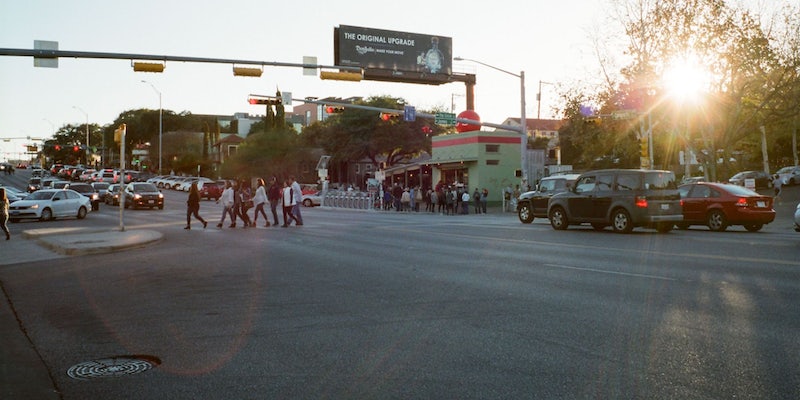 Photo via Charles Henry/Flickr (CC BY 2.0)

Don't worry, you won't have to resort back to taxis.

Many people in Austin, Texas, are worried about the future of ride-hailing providers Lyft and Uber. This after the city council initially proposed the mandatory fingerprinting of every driver—an issue that will be settled in an upcoming election.

But the ride-hailing industry isn’t going away even if Lyft and Uber leave the city.

Get Me is Austin’s newest ride-hailing service, complete with a combined delivery and transportation network. The company has already agreed to comply with whatever regulations are required by the city, and has demonstrated complicity in Houston, having fingerprinted all of its drivers per the city’s regulations.

And while now seems like the perfect opportunity to bring a new player into the industry, given the question marks surrounding the competition, the new company is there to compete, not replace, according to Jonathan Laramy, CXO of Get Me.

The Dallas-based company launched in its hometown last August and has since set up networks in Houston, Las Vegas, Austin, and San Antonio. One of the app’s differentiating factors is the combination of ride-hailing with comprehensive delivery options. Think Uber and Favor combined.

Upon registering for the app users are asked whether they want to “Get Me Something” or “Get Me Somewhere.” If they choose the latter, a drop-down menu will appear with the names of major retail stores: Target, Best Buy, Whole Foods Market, and others, where they can have whatever they want delivered to them.

Get Me has around 10,000 drivers working for its force, nowhere near the numbers of Lyft and Uber, so expect it to take some time before getting a similarly instant experience.

“Ride-share is not going to go away in Austin, Get Me will still be here,” said Michele Golden, public relations representative at Get Me. “We will have a plan in place to ramp up if need be. We are for fingerprinting and have been compliant in Austin and every other market we serve, and we’re all going to have to wait until May 7 to see what happens.” 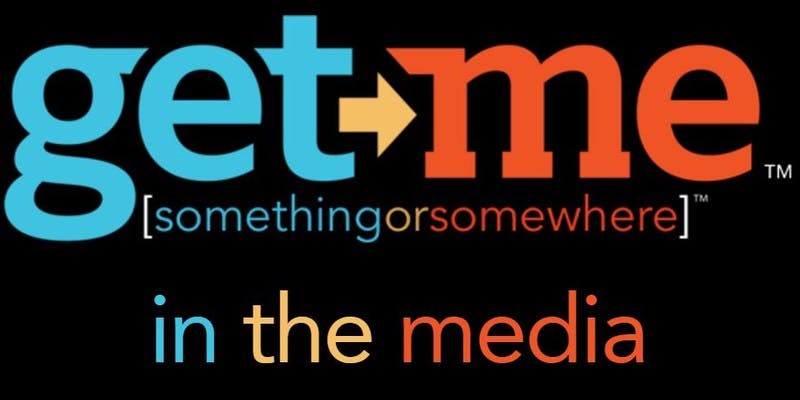 After all of the fighting going on between the Austin City Council and ride-hailing services Uber and Lyft, the deciding vote on fingerprinting will come down to the Travis County elections on May 7.

So what will happen if the citizens of Austin decide to vote in favor of mandatory fingerprinting? Lyft says it will almost certainly leave, having stood firm on its stance against municipal regulation elsewhere.

“We do not operate in any market that requires drivers to be fingerprinted,” said Lyft spokesperson Chelsea Wilson, after Austin City Council’s initial vote to make fingerprinting mandatory.

The wildcard is Uber. A company with seemingly conflicted ideals. On one hand, Uber isn’t budging when it comes to its stance on fingerprinting in Austin. On the other, it’s already fingerprinting in Houston. (As much as the company doesn’t like it.)

If the two big players leave the city it would create a hole with a big reward for filling. A hole that could potentially appear in other cities, and be replaced by any newcomer willing to comply with government regulation.

That’s partly why Get Me’s business model remains impervious to the electoral battleground in Texas.

“We have already said our thing. If there is not mandatory fingerprinting or if its optional, we’re still going to fingerprint,” said Jonathan Laramy, CXO of Get Me. “Going forward, part of our onboarding process is to work with a company that does fingerprinting, background checks, and goes into the DMV for driving records.”

Photo via Charles Henry/Flickr (CC BY 2.0)