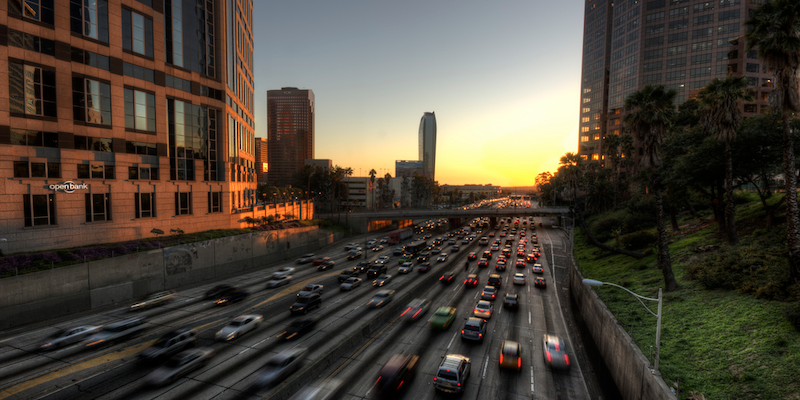 Uber is on a streak of high-profile lapses in passenger safety.

Popular car-service startup Uber is on a streak of high-profile lapses in passenger safety, and it doesn’t show any sign of slowing down.

A Los Angeles–area Uber driver stands accused of sexually assaulting a female passenger after picking her up while off-duty. A community manager with Uber confirmed the incident to the Daily Dot: “We are in touch with LAPD and are supporting them in their investigation.”

The incident occurred in the early hours on Sunday, Feb. 1, after the woman entered a car at the intersection of Overland Ave. and Palms Blvd. near Culver City.

Update 3:55pm PT, Feb. 2: Uber reached out to the Daily Dot to provide more details about the incident.

“The individual in question is affiliated with Uber Los Angeles as a partner on the uberX platform,” an Uber spokesperson told us. “He was not providing rides on the Uber platform the night of the alleged incident.”

The company noted that the driver in question took his last on the books trip with Uber on Friday, Jan. 30, two days before the alleged assault. Uber’s own internal investigation is ongoing as it works to support the LAPD’s criminal investigation. The company provided this additional statement:

“Our thoughts are with the victim of this terrible incident. We immediately reached out to LAPD and are working closely with them to provide any assistance we can. The driver in question has been removed from the platform while we gather the facts.”

The case was originally reported by Twitter account @Venice311, which culls its tweets on local crime from LAPD police scanner chatter.

According to a report by local affiliate ABC7, the woman asked a friend to order an Uber for her and was instructed by the driver to wait at that intersection. The assault took place after a different, off-duty Uber driver pulled up to offer her a ride. As reported by @Venice311, the victim was taken to the UCLA Rape Treatment Center in cooperation with the LAPD.

As ABC7 reports, the suspect has not yet been arrested but has been identified by police. News of the West Los Angeles assault comes just days after an Uber rider in India filed a federal lawsuit against the company in the U.S. for its lack of safety oversight. The New Delhi resident reported being raped and brutalized in December of last year.