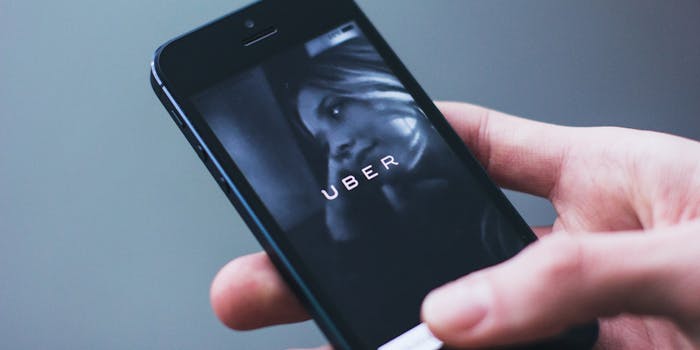 'It is absurd to imagine that Uber paid individual, living persons...'

Earlier this week, Uber riders in Austin, Texas, took to social media to express their frustrations with the company’s intrusive outreach campaign for an upcoming special election that could determine the company’s fate in the city.

Hey @Uber: up yours pic.twitter.com/3JuiUT3Iet

.@Uber_ATX you do not have my permission to CALL & text me about PROP 1 just bc I was a driver & you have my number pic.twitter.com/z2CBYSmRQV “(Recipient’s name), this is (sender’s name) from Uber,” the texts say. “Ridesharing is on the ballot & early voting ends tomorrow! Can we count on your vote FOR Prop 1 to keep Uber in Austin?”

The measure in question would allow companies like Uber and Lyft to operate without conducting fingerprint-based background checks on their drivers. Early voting in Austin ended on Tuesday, May 3, and election day is Saturday, May 7.

For at least one Austin resident and activist, Uber has gone too far with its texts. On May 4, Melissa Cubria filed a class-action lawsuit against the company for its campaign.

The lawsuit alleges that Uber violated the Telephone Consumer Protection Act by using “robo-texting” to encourage Austinites to vote in favor of the proposition.

“This class action lawsuit arises because Uber has violated the [TCPA] by robo-texting thousands of unwanted text messages to the cell phones of thousands of Uber users in Austin, Texas—all without the prior express consent of those receiving Uber’s text messages—as part of a political campaign by Uber to oppose mandates from the City of Austin which impose various background check procedures for Uber drivers.”

The TCPA restricts telephone solicitations by limiting the use of automatic dialing systems and artificial or prerecorded voice, text, and fax messages.

According to the lawsuit, some customer replies to text messages were met with responses that seemed to ignore the content of the customer’s message.

Additionally, when people called the number associated with the automated messages, they immediately heard a female voice recording that said, “We’re sorry. An application error has occurred. Goodbye.”

The Daily Dot attempted to call the numbers listed in the lawsuit (as well as numbers from text messages featured above) and heard the same voice recording.

The lawsuit based its claim that Uber used an autodialer—which would violate the TCPA—on the evidence of the identical text-message language, the unresponsive text replies, the unresponsive phone numbers, and the reasoning that “it is absurd to imagine that Uber paid individual, living persons to manually type and then manually send thousands (and perhaps tens of thousands) of individual text messages in support of a  political campaign underway in Austin, Texas.”

Uber denied the lawsuit’s claims in a statement.

“We have taken great precaution to comply with applicable laws and believe the claims in this lawsuit are meritless,” the company said. “The announcement of this action at an anti-Prop 1 press conference also reveals how it was designed to unduly influence the election.”

Neither Cubria nor an Uber representative responded to requests for comment.

According to Uber’s Terms and Conditions, users who create Uber accounts agree to let the company send them “informational text (SMS) messages as part of the normal business operation.”

If Prop 1 fails, both Uber and Lyft have vowed to leave the Austin market—earlier Thursday, Austin news station Fox 7 reported that Lyft told drivers it would leave Monday morning if the measure didn’t pass.

View the full complaint below.