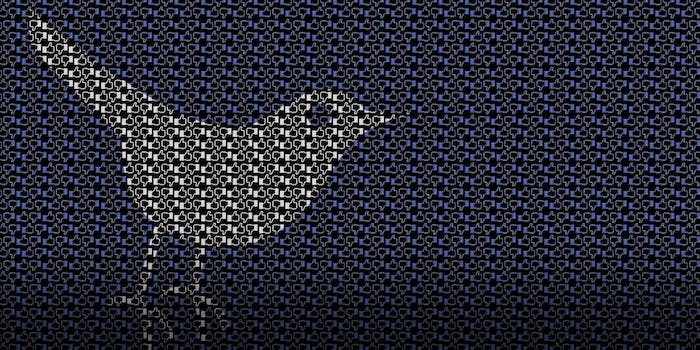 Yesterday at the Citi Global Technology Conference in New York, Twitter CTO Anthony Noto said that the reverse-chronological system that Twitter users for its timeline “isn’t the most relevant experience for a user,” as reported by the Wall Street Journal.

Everyone who follows a highly active group of Twitter users will understand what he’s talking about. Tweets seem to fly by, heedless of the reader’s inability to keep up; for many people with sizeable follow lists, Twitter is more of a river than a timeline. Some people scroll back through their entire timeline to catch up on what they missed while they were asleep, at work, or otherwise engaged. Others simply declare what might be called “Twitter bankruptcy” and ignore old tweets when they return to their timeline.

Noto’s concern is that because important tweets fly by at the same speed as more ephemeral content, the reverse-chronological interface doesn’t serve the user in the way that Twitter wants it to.

For Twitter power users who fear the site’s potential Facebook-ification, Noto’s most worrisome remark was his observation that “putting [important] content in front of the person at that moment in time is a way to organize that content better.”

Ever since Facebook began tinkering with the algorithm behind its News Feed, Twitter users have taken pride in the fact that their timelines showed exactly what they asked for when they clicked the “follow” button, and nothing more. (Retweets bring in content from other people, but users implicitly accept this when they click “follow,” and they can disable retweets by certain people if they choose to do so.) Until now, Twitter’s users had no reason to think that the company might explore any sort of timeline altering.

It’s important to understand what Noto did and didn’t say. He pointed to the problem of important content disappearing quickly and said that Twitter might begin resurfacing tweets from people who the user already follows if the company deems those tweets important. How that would work is anybody’s guess. But Noto did not suggest that Twitter would start filtering or curating timelines.

If all Twitter does is resurface a tweet from someone that a user follows, they’re not distorting what the user sees. That user already follows the person whose tweet they’re now seeing. They would have already seen the tweet if not for the fact that they were away from their timeline.

Filtering implies you are not being shown things in your timeline. Nothing Twitter said implies (now) that they want to show you less tweets

If anything, these statements imply that Twitter wants to show you more tweets, which is presumably just as worrying http://t.co/HOkdZj1eSA

Noto seemed to recognize the potential for outrage. After his initial comments, he added, “Individual users are not going to wake up one day and find their timeline completely ranked by an algorithm.”

The lack of information about Twitter’s plans hasn’t stopped users from weighing in based on the most apocalyptic assumptions, however.

Twitter as we know it will soon be over. https://t.co/0ftUsTeoSh

I try not to be an alarmist about changes with Twitter. But this could be the beginning of the end. http://t.co/TIQPImkA52 Very, very sad.

Twitter has already been trying to improve its users’ browsing experience, adding tweets favorited by friends to the timelines of users who try to refresh their feeds when no new tweets are available. Twitter CEO Dick Costolo explained that Twitter was trying to give users valuable content when it saw that they were refreshing their feeds and not getting new tweets multiple times.

After the story broke, Costolo responded on Twitter to a post about the news by GigaOm’s Matthew Ingram, calling it “absurd synthesis of what was said.”

.@mathewi @om he never said a “filtered feed is coming whether you like it or not”. Goodness, what an absurd synthesis of what was said.

Noto didn’t just talk about possible timeline changes on Wednesday. He also said that Twitter planned to improve its search feature in 2015, calling for “an algorithm that delivers the depth and breadth of the content we have on a specific topic and then eventually as it relates to people.”

Noto also hinted at private group chatting, saying, “I’m not sure I want to have [a group] conversation in front of my boss and the rest of the 271 [million] global [monthly] users.”

“Today you can only do that one to one as opposed to one to many,” Noto said. “So that’s an example of innovation around sharing or expression that we can pursue over time.”