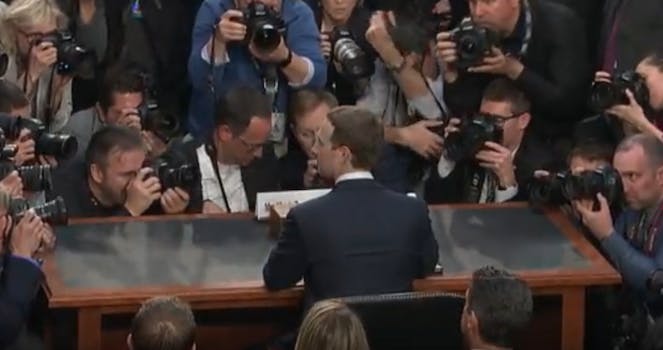 Facebook founder Mark Zuckerberg is appearing before Congress today, facing serious questions relating to the company’s use and protection of user data, in the wake of the Cambridge Analytica scandal, but the internet is distracted by the booster seat seemingly put in place especially for him.

Zuckerberg takes his seat… on a 4-inch cushion. pic.twitter.com/ssp7IjF5MS

The padded cushion was first noticed by Washingtonian photographer Evy Mages and has sparked some questions online as to whether the billionaire Silicon Valley executive requested the insert, based on previous reports that 5’7” Zuckerberg is conscious about his height.

Has anyone asked WHY Zuckerberg has an extra cushion on his seat in front of congress? Is he really just that short?

Well, robots do need some extra padding to sit down