When Twitter cofounder Biz Stone used an app to ask his influential friends to endorse a candidate for San Francisco mayor, the messages went astray. The public tweets, apparently sent to dozens of his followers, mentioned people from news anchor Katie Couric to comedian John Hodgman, and asked the same question: “Will you endorse @EdLeeforMayor for Mayor on@Votizen? 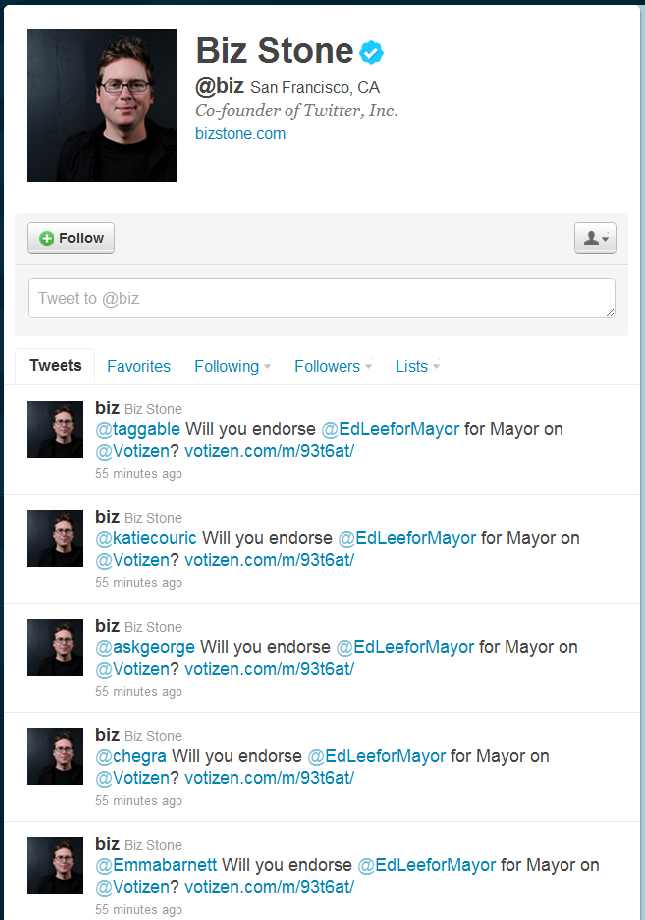 Votizen is a third-party Twitter app that lets users declare their support for a particular candidate. Stone apparently wasn’t aware that the app’s “share” button sent public tweets, instead of private, direct messages.

The Daily Dot’s founding editor, Owen Thomas, asked Votizen what was going on via Twitter.

This is what Jermey Dunck, a Votizen developer, told him:

Some good came out of all the accidental spamming, however. Stone and his millions of Twitter followers now know just how annoying automated messages on Twitter can be, no matter public or private

And if Ed Lee wins in November he might just have Stone to thank.