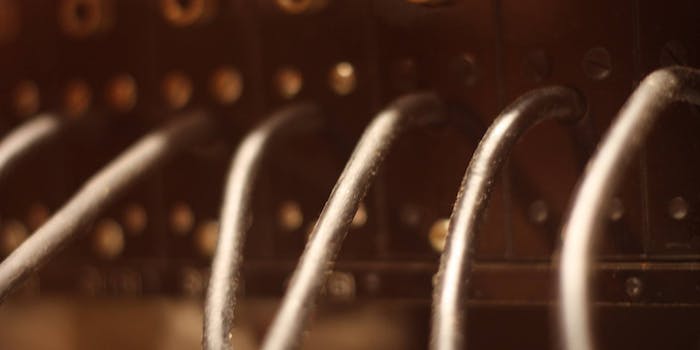 This throwback hotline is Sports Phone for the fantasy football era

You know when that hotline bling.

Sports have always been a numbers game, and fans today have access to more information on their smartphones than could ever fit in a box score. Diehards in the era before the internet used their phones to get statistics too—they just had to dial a number to do it.

The service was Sports Phone, a hotline for sports fans living in a period without wireless networks. After a nearly two decade absence, it’s back.

Well, not exactly Sports Phone, but something closely resembling it. The concept has been brought back to life by cloud communications company Twilio, which has revived the hotline for the fantasy football era. Anyone can call in and get the information they need by dialing (888) 808-4929.

The automated system uses Twilio’s programmable voice service to read off the latest headlines populated on a real-time RSS feed from Rotoworld, a fantasy football news source owned by NBC. It’s available 24 hours a day, seven days a week, so anyone with questions about what to do with their fantasy football lineup can dial in and hear up-to-date information.

The updates include everything an obsessive fantasy player could want to know. A quick call covers injury updates delivered hot off the presses as coaches make their final scratches before kickoff, as well as notes from around the league regarding team and player news, roster adjustments, and other noteworthy events like contract signings and suspensions.

“Thirty years ago, this type of hotline was the core business model of Sports Phone. Today, it’s an app that any developer could build in an afternoon.”

If it might impact a team on the field—and, therefore, impact your fantasy roster—the hotline will tell you about it as soon as the information hits the wire.

Surely, any fantasy fanatic is wondering why they would bother calling a phone number and listening to a text-to-speech service read off information. After all, they can find that information through an app in less time than it would take to punch in the hotline number.

Twilio is well aware of that. The project is more just to show off its platform while tapping into nostalgia for the folks who used to play fantasy football with pencils, graph paper, and box scores in the newspaper.

Greg Baugues, developer evangelist at Twilio, told the Daily Dot he was able to build the fantasy football hotline in just under half an hour.

“Thirty years ago, this type of hotline was the core business model of Sports Phone,” Baugues said. “Today, it’s an app that any developer could build in an afternoon. It’s amazing to us at Twilio how far communications technology has come, and what’s truly possible for developers to build today.”

Those who never had the distinct pleasure of dialing a toll-free number and listening to recordings to get information might no see the appeal. Not even sports fans quite got it when Sports Phone first launched all the way back in 1972—the business initially flopped before picking up steam later in the decade.

But there was a period of time where toll-free numbers were primary providers of on-demand information, and Sports Phone was among the most popular hotlines.

The service, originally based in New York, featured messages of 60 seconds or less, recorded by announcers and producers who would squeeze upwards of 30 seconds into a single update, with new recordings made available every 10 to 15 minutes during games.

During the day, before most games started, the mini broadcasts included post-game interviews from the previous evening’s games, editorials, and a trivia game called “Quickie Quiz” that challenged callers to be the first to provide a correct answer. Winners were rewarded with 15 seconds of air time to talk about whatever they wanted.

The service was receiving nearly 100,000 calls per day by 1979, and it would often see spikes much higher than that during major sporting events. At its peak in 1981, Sports Phone handled 50 million calls over the course of the year and expanded its broadcasts to Detroit and Chicago.

Talk radio and eventually the internet cut into Sports Phone’s service, making it less and less necessary as more information became available elsewhere. Still, the service remained active until 2000, when it disconnected its line for good.

“As an avid fantasy football fan myself, I loved the idea of taking news from the internet and using it to bring life to a different medium.”

With the information sports fans need available as quickly as it takes for a push notification to be delivered, why not bring back the charm of old call-in system just for the hell of it? Think of the service as the vinyl of communication platforms.

“As an avid fantasy football fan myself, I loved the idea of taking news from the internet and using it to bring life to a different medium—in this case, the traditional telephone call,” Baugues said.

Sports Phone wasn’t the only service that motivated Baugues. He said another popular hotline that he used to call acted as an inspiration for his creation. “When I was a kid, there was a Nintendo hotline I used to call that offered tips and tricks for when I was stuck at a particular point in the game,” he explained.

Much like Sports Phone, the Nintendo Powerline ran into the 2000s, with staffers on standby with guide books in hand to help players through whatever game was giving them trouble.

Nintendo’s call-in service, much like Sports Phone, was done in by the internet. Baugues knows his hotline is no competition for a Wi-Fi connection, so he has no plans to expand the hotline beyond its current capabilities—though it would be possible to do so.

“The amazing part of utilizing these building blocks is that any developer could take this template and build out an entire Fantasy Football service on top of it,” Beauges said.

He suggested that features like SMS messaging, in-app chat, and real-time notifications are all possible features that could be added. “If a full-service app were a Lego set, the hotline is just the first brick.”

Sports Phone is likely one set that will never return to its former glory, but it’s good to know that people can still get information on their phone, the old-fashioned way.