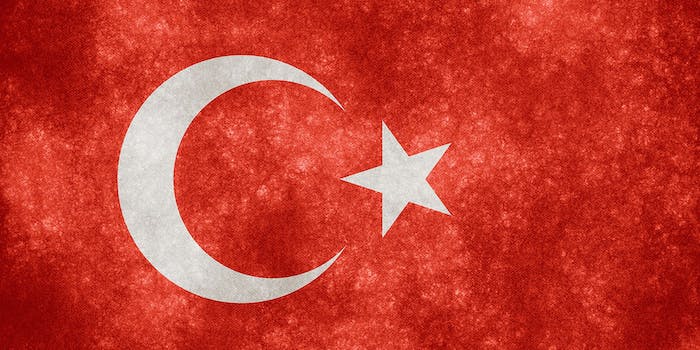 With Tor bridge, you can help Turks avoid Internet censorship

Everyone deserves an open Internet.

The situation in Turkey is getting more complex by the day.

Online online censorship in the country began in earnest one week ago with the banning of Twitter. Although a court ordered the social media service reinstated Thursday, the appeals process is still ongoing and many ordinary Turks cannot reach it yet.

YouTube has been blocked in the country as well, with its legal status still up in the air as Turkish courts look at the ban.

To get around the censorship, Turks have been adopting Tor, the most popular anonymity network online, at a rate of up to 10,000 per day. There are currently over 60,000 users, a jump from about 25,000 before adoption began.

It was inevitable, then, that the Turkish government and Internet service providers would try to block Tor itself. While the decentralized nature of the network makes a full block virtually impossible, censors have cut access to TorProject.org, the main access point to download and use the program.

There are, however, several ways that anyone around the world can help ordinary Turks get around their government’s bans to see an uncensored Internet.

First, run a Tor bridge. Here’s a quick and dirty explanation of how Tor works so you know exactly how you’ll be helping: Tor encrypts a user’s Internet usage and bounces it around the globe to three randomly selected relay computers. A bridge relay is simply a relay that is not listed in the public Tor directory. By keeping the bridges unknown, government bodies and Internet service providers have a much more difficult time instituting blocks. You can read about the technical details of bridges here.

If you’re on Windows, go to the Tor download page and grab the Vidalia bridge bundle. You can use Tor independently of that option.

If you’re on Linux, you can install the system Tor package (“apt-get install tor”) and follow these instructions to set up a bridge relay.

If you’d like to set up a bridge up in the Amazon cloud rather than on your own machine, you can do so by following a few step-by-step instructions that will have you set up in a matter of minutes.

Finally, you can do it manually by editing your torrc file (which can be found in the Data/Tor/Torrc directory in the bundle you just downloaded) to add the following lines:

ORPort 443
Exitpolicy reject *:*
BridgeRelay 1  # only add this line if you want to be a bridge

There you have it: An array of options available to help grow the Tor network and give more choices to Turks hoping to get around censorship, because everyone deserves an open Internet.

Photo via Nicolas Raymond/Freestock.ca (CC BY 3.0)