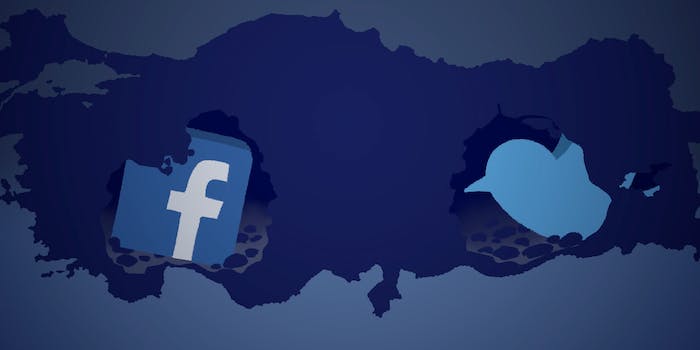 As terrorism becomes routine in Turkey, so does the government's response.

The attack, which targeted service busses carrying military personnel, claimed 28 lives while 61 people are being treated at various hospitals, Turkish media has reported.

Turkey has recently been a hotbed of terrorism, with at least seven deadly attacks on Turkish soil since 2015. In response, the country’s government has developed a pattern of media bans and censorship of social media, according to media culture academics.

This time, the temporary gag order, which covers “live broadcasts showing the place of blast, the moment and immediate aftermath of the blast and dead bodies,” was issued minutes after the explosion and caused concerns for self-censorship in the mainstream media.

Turkish government is getting better at this: a gag order has been issued minutes after this morning's explosion in Ankara

The throttling of social media also suggests a “rapid response system,” according to censorship researchers. Within an hour after the blast, TTNET, Turkey’s largest ISP, started slowing down access to Twitter.

The the second hour, other ISPs also joined in the organised attempt to throttle social media.

As the Daily Dot previously reported in July, Turkey has employed semi-legal means to extend temporary broadcast bans into blanket censorship of social media in the aftermath of political scandals and reports of government incompetence. While the legal action to ban online content may still take at least a full day, government orders can be put into force within hours.

The Turkish government’s current limit on social media reportedly has no public court ruling or decision available; hence the use of an administrative order. Yet, as the researchers of censorship trackers @TurkeyBlocks note throttling access to social media, instead of fully blocking it, evades ordinary censorship monitoring systems while causing less public outcry.

As of this writing, journalists in Turkey still report that access to Twitter is slowed down and they cannot post updates without employing a VPN service.