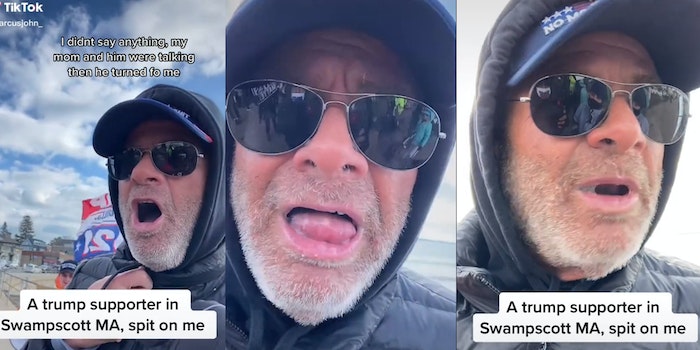 A TikToker recorded eight videos of the protest.

A viral TikTok shows a Trump supporter coughing and spitting on demonstrators after saying “all lives matter” to them.