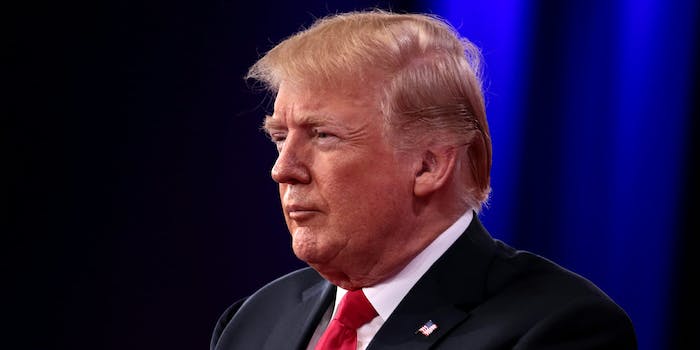 Trump asked staff for a trade bill, and he got FART

President Donald Trump reportedly asked his staff to develop a trade bill letting him disregard Congress and international laws. The result is the FART bill, and critics worry it would give the president overreaching authority while fouling up U.S. relations with the World Trade Organization and other countries.

Axios on Sunday published a leaked draft of the United States Fair and Reciprocal Tariff Act, aka FART. The bill would give Trump unilateral authority to alter tariff negotiations with other countries and abandon WTO rules. Vice News reports that it would essentially let Trump skirt congressional approval to start trade wars.

The bill has the support of trade adviser Pete Navarro, who thinks it would appeal Democrats, but not many others. A source told Axios that the proposed bill is “insane,” and former Trump communications director Anthony Scaramucci said FART “stinks.”

WTO has its flaws, but the “United States Fair and Reciprocal Tariff Act," aka the U.S. FART Act, stinks. American consumers pay for tariffs. Time to switch tactics. https://t.co/OfyOFA1neU

According to Axios, Trump was briefed on the bill in May, but it hasn’t yet been reviewed by key economic advisers. The White House emphasized that FART is far from complete.

“It is no secret that POTUS has had frustrations with the unfair imbalance of tariffs that put the U.S. at a disadvantage,” Deputy Press Secretary Lindsay Walters said in a statement to Axios. “He has asked his team to develop ideas to remedy this situation and create incentives for countries to lower their tariffs.”