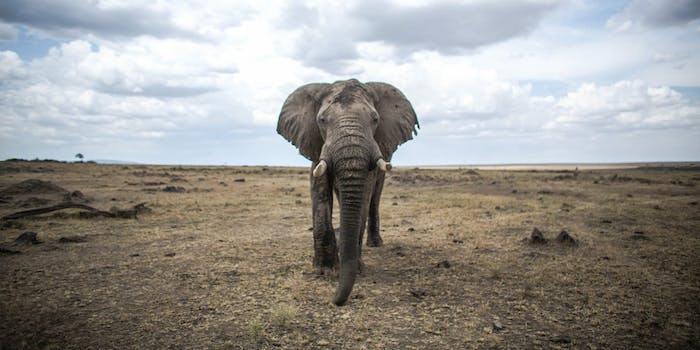 It's another Obama-era regulation Trump is lifting.

The Trump administration has reversed an Obama-era anti-poaching effort to allow Americans to kill elephants and import their body parts into the United States.

The U.S. Fish and Wildlife Service (FWS) confirmed on Thursday that it has lifted the federal ban on the import of elephant “trophies” from Zimbabwe and Zambia despite the animals remaining on the Endangered Species Act. The move will allow hunters to import the elephant body parts, such as heads and tusks, for animals killed between 2016 and 2018, a move FWS characterized as good for the elephants.

“Legal, well-regulated sport hunting as part of a sound management program can benefit the conservation of certain species by providing incentives to local communities to conserve the species and by putting much-needed revenue back into conservation,” an FWS spokesperson told ABC News.

Safari Club International (SCI), a hunter’s rights organization that sued to lift the trophy import ban in 2014, responded by painting the move as good for Zimbabwe and Zambia, both of which have moved to curb poaching after the Obama administration rolled out its elephant trophy import ban.

“These positive findings for Zimbabwe and Zambia demonstrate that the Fish and Wildlife Service recognizes that hunting is beneficial to wildlife and that these range countries know how to manage their elephant populations,” SCI President Paul Babaz said in a statement. “We appreciate the efforts of the Service and the U.S. Department of the Interior to remove barriers to sustainable use conservation for African wildlife.”

The Great Elephant Census, which tracked elephant populations across African nations, found that the overall savannah elephant population across 18 countries declined 30 percent between 2007 and 2014, with the current rate of decline now at 8 percent.

The census, published in 2016, calculated a six percent decline in Zimbabwe’s elephant population as of last year, with a 74 percent decline in the Sebungwe region, bringing the national total to 82,304 elephants. Zambia’s Sioma Ngwezi National Park saw a decline of 85 percent, while the decline was just three percent in the rest of the country. Zambia has a total elephant population of about 22,000, according to the census.

Zimbabwe wildlife authorities allow the killing of 500 elephants per year. Zambia, which has banned elephant hunting in the past, now allows some hunting, reports ABC News.

While some may cheer the move, many others see it as a cynical decision that largely benefits rich safari hunters and animal poachers who can now ship their hides to the U.S.

“It’s a venal and nefarious, pay-to-slay arrangement that Zimbabwe has set up with the trophy hunting industry,” Wayne Pacelle, president of the Humane Society of the United States, said in a blog post.

Pacelle added: “What kind of message does it send to say to the world that poor Africans who are struggling to survive cannot kill elephants in order to use or sell their parts to make a living, but that it’s just fine for rich Americans to slay the beasts for their tusks to keep as trophies?”

Just when you think the Trump administration can’t get anymore cartoonishly evil… they are reversing the ban on elephants trophies because Nature is for raping. https://t.co/9rAtAWpMje

Others note that Trump’s children are avid big-game hunters.

One thing is clear: Being an elephant just got more dangerous.