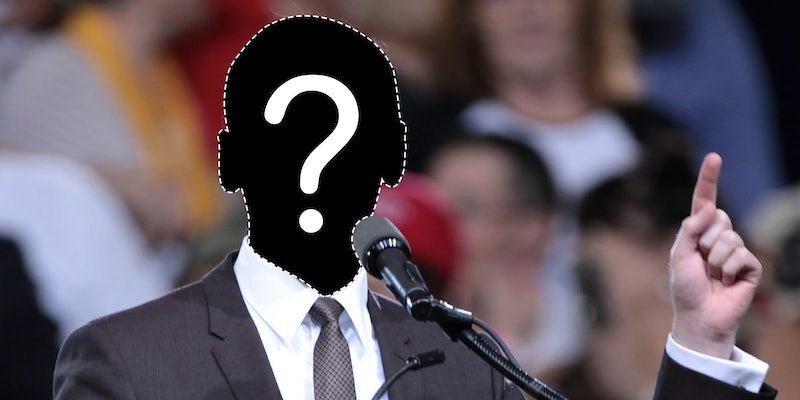 You get one guess.

For as long as America has been a country, its presidents have tried to elucidate clear foreign policies goals in ways that would outlast their time in office. The Monroe Doctrine claimed that only the U.S. had the power to meddle in the affairs of Central and Latin America. The Truman Doctrine promised to fight the Soviets at any turn, anywhere in the world. The Bush Doctrine asserted the nation’s right to wage preemptive war.

An unnamed senior Trump administration official, speaking with the Atlantic’s Jeffrey Goldberg, attempted to match the grandiosity and import of past presidents by offering what they thought was the Trump Doctrine.

Here’s the full excerpt in context:

The best distillation of the Trump Doctrine I heard, though, came from a senior White House official with direct access to the president and his thinking. I was talking to this person several weeks ago, and I said, by way of introduction, that I thought it might perhaps be too early to discern a definitive Trump Doctrine.

“No,” the official said. “There’s definitely a Trump Doctrine.”

“What is it?” I asked. Here is the answer I received:

The question, then, is what “senior Trump official” would have put forth such macho posturing as official government policy?

What “senior Trump official” would say that to a reporter as an attempt to brag about the administration?

What “senior Trump official”— who is possibly nebbish and defensive and the architect of most of Trump’s policies that fall under the umbrella of “we’re America, bitch” (all qualities that come off in that quote)—would have boldly claimed to a reporter that the Trump doctrine is “We’re America, bitch.”