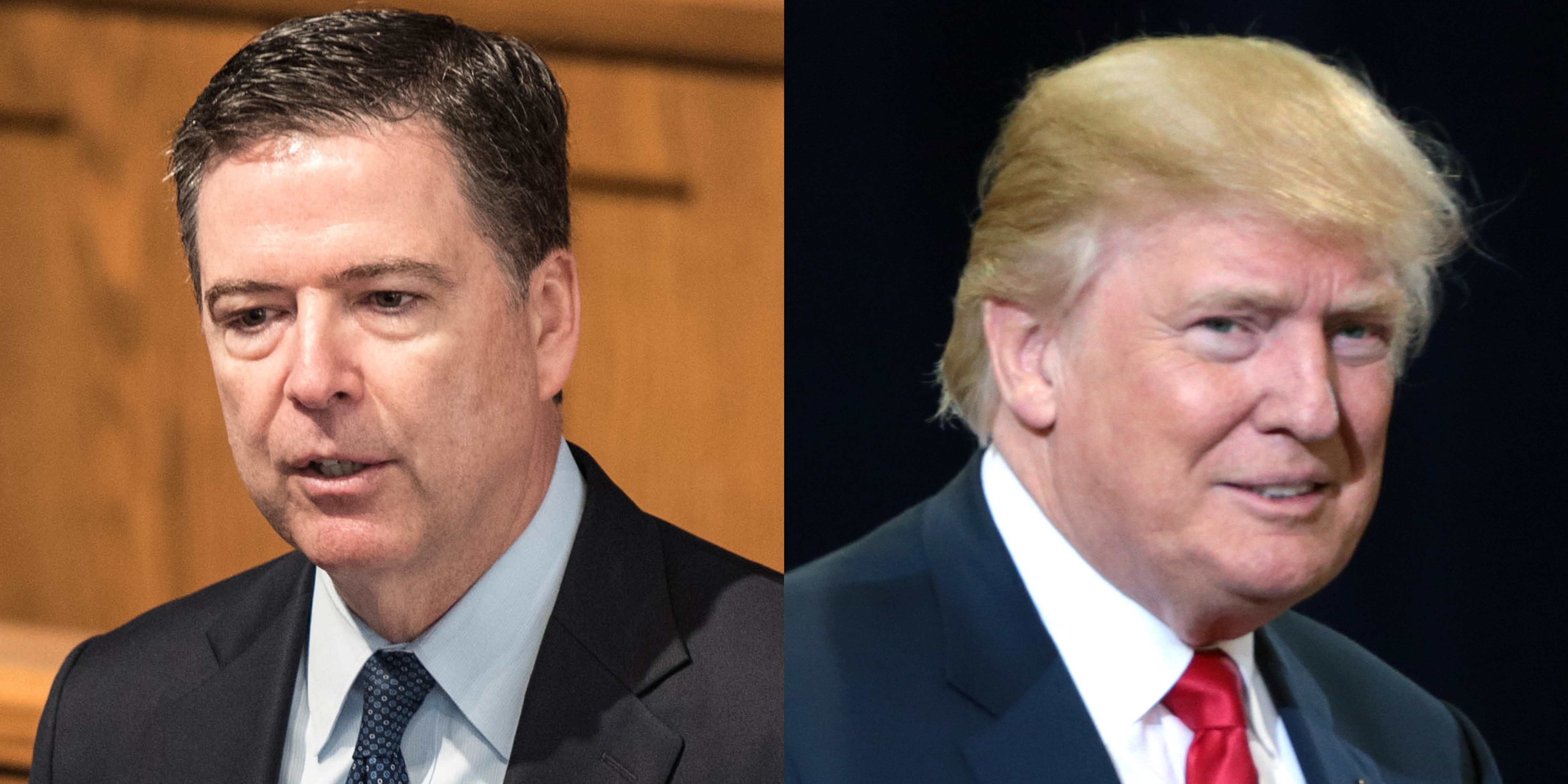 'I hope you can see your way clear to letting this go, to letting Flynn go.'

The memo, which a Comey associate read to Times reporters, is the most concrete evidence to date that Trump attempted to influence the FBI’s investigation into the Trump campaign’s ties to Russia, which U.S. intelligence agencies say attempted to influence the 2016 presidential election in Trump’s favor. The Times reports: “The memo was part of a paper trail Mr. Comey created documenting what he perceived as the president’s improper efforts to influence an ongoing investigation.”

NBC News confirmed the existence of the memo as well as its contents soon after the Times published its report, as did CNN and the Associated Press.

According to the Times, the memo was Comey’s account of a conversation he had with Trump following Flynn’s resignation in February after a Washington Post report revealed he had lied to Vice President Mike Pence regarding his conversations with Russian Ambassador Sergey Kislyak.

Comey allegedly responded simply, “I agree he is a good guy.”

The White House has flatly denied that Trump asked Comey “or anyone else” to stop investigating Flynn and said the memo was “not a truthful or accurate portrayal of the conversation between the president and Mr. Comey.”

Following his firing of Comey, Trump last week threatened the former FBI director, saying on Twitter that he “better hope that there are no ‘tapes’ of our conversations before he starts leaking to the press!” The memo’s existence now puts the possibility of Trump having recordings of his conversations with Comey, which the White House has repeatedly refused to deny exist, under greater scrutiny.

The focus will also now shift toward whether Trump’s alleged conversation with Comey qualifies as an attempted obstruction of justice, a federal crime.

The memo revealed by the Times may also not be the last such material leaked by Comey associates. According to the Times, “Mr. Comey created similar memos—including some that are classified—about every phone call and meeting he had with the president,” according to two unnamed sources.

News of the memo comes at a trying time for Trump, who reportedly shared highly classified intelligence with Russian officials during a May 10 meeting at the Oval Office. The Washington Post story breaking that news, which has since been confirmed by at least four other outlets, arrived almost exactly 24 hours before the Times‘ memo report.