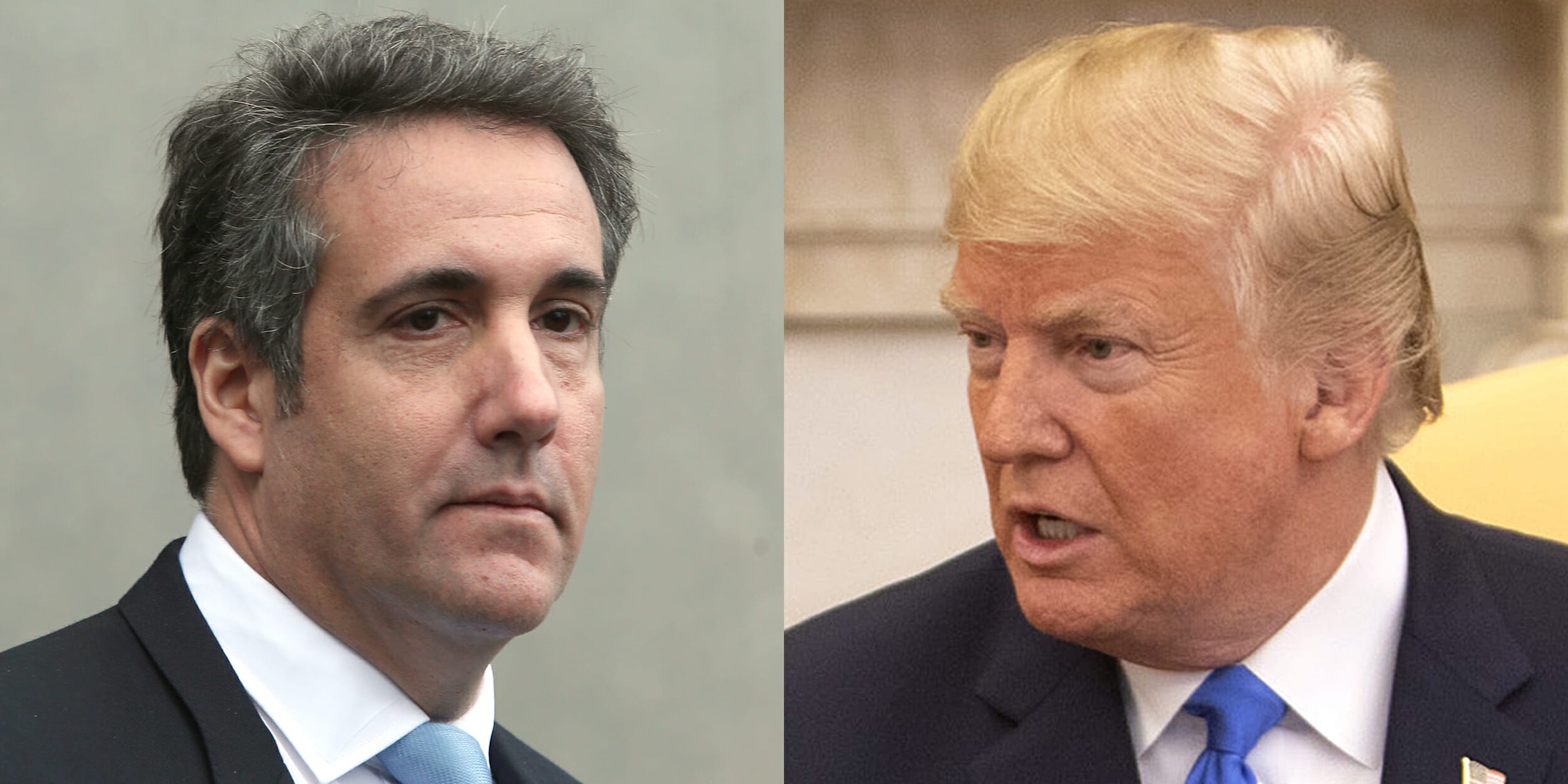 Trump is infallible in their eyes.

Late last night, CNN obtained one of the reported recordings of President Donald Trump and his lawyer, Michael Cohen, during the run-up to the 2016 election. In the audio, they discuss a possible payoff to a woman who Trump had an affair with.

Full audio: Presidential candidate Trump is heard on tape discussing with his attorney Michael Cohen how they would buy the rights to a Playboy model's story about an alleged affair Trump had with her years earlier, according to the audio recording "https://t.co/YmC0QuDqTx pic.twitter.com/fBbq7r1Lq9

The two men talk about purchasing the rights to Karen McDougal’s story from the National Enquirer, who had previously bought it, most likely to keep the story from being published to help Trump.

The recording was provided to CNN by Cohen’s lawyer, Lanny Davis. While the tape is open for interpretation, it seems fairly clear that Trump was aware of the idea of a payment being made to woman to keep silent about their affair, which could wind up being a violation of campaign finance laws.

This morning, Trump tweeted about the news, saying it was unfairly edited.

What kind of a lawyer would tape a client? So sad! Is this a first, never heard of it before? Why was the tape so abruptly terminated (cut) while I was presumably saying positive things? I hear there are other clients and many reporters that are taped – can this be so? Too bad!

But the president doesn’t need to defend himself on this one, because, when the story broke last night, his most ardent supporters weren’t baffled or shocked by it. They loved it.

Because one of the reasons Trump is so popular with his young, male fanbase on Reddit’s The_Donald is because he has affairs like this.

The left-wing hysteria over it was also dismissed with memes.

His supporters really took a shine to a moment in the tape when Trump, while discussing the payment with Cohen, nonchalantly wanted a Coke (at the 2:30 mark here).

They thought the whole interaction spoke volumes about his character.

And they rushed to help out their God-Emperor with his request.

The subreddit also went after CNN, their favorite target. The news network was accused of timing the story to damage Trump.

CNN is probably had those tapes for a little while now and decided to release last night ahead of the European trade talks today in an attempt to embarrass our president and weaken him in front of world leaders, this is a straight-up Jim Acosta reeeee move, fuck CNN

Yet, despite that claim, some also argued the release of the tapes was possibly orchestrated by the chess master himself, Trump.

“Queue the mania machine. They’ve got nothing. There is nothing. Before he was the president, he was Batman IRL, and banged Hollyweird and Vegas’ finest. Huge shocker. If this is what a leftist happening looks like, there’s no hope for them. In other news, our side proved the Mueller probe was a lie, gutted security clearances for some deep state rats, and took down a Hollywood sex trafficking cult. Pretty good day TBH.”

Whether CNN’s Jim Acosta released the tapes to damage Trump or Trump allowed the tapes to be released to somehow damage the left seems mutually exclusive, but in the bizarre world of r/The_Donald, nothing ever matters except that their president is infallible.