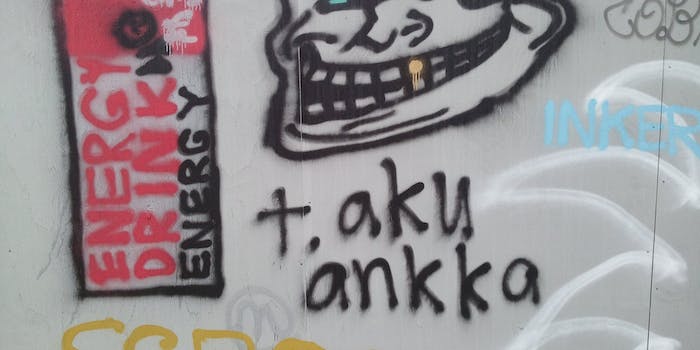 Only harrassment of a "specific person" is no longer allowed.

You can still make everyone hate you, and no one will toss you in jail.

As originally written, House Bill 2549 would have made it illegal to use “any electronic device” to  “annoy” or “offend” another person. The goal, one representative told the Phoenix New Times, was simply to protect people from harassment and stalking.

Still, Media Coalition, one of the groups that led the charge against the bill, called its language “unconstitutionally vague,” adding that it would criminalize “all manner of writing, cartoons, and other protected material the state finds offensive or annoying” across the Internet as a whole.

Welp, now the words “annoy” and “offend” are out, and the bill clarifies that a “specific person” or “persons” must be a target of the harassment. That means no one’s going to jail for that one time they stirred up shit on a message board. You can be jerk, you just can’t harass anyone. Good on the Arizona legislature for paying attention to the public outrcry.

Trolls probably celebrate victories like this by being even bigger assholes, so just be careful on the Internet for the next few days.

You can read the full text of the bill here.