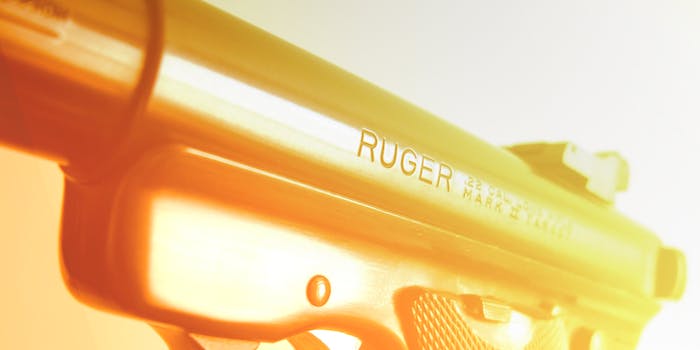 Bullets can’t get past this new transparent, super strong aluminum

A Star Trek invention made real.

Star Trek has been known to inspire the occasional technological breakthrough, depicting a dreamt up, sci-fi creation decades before it becomes reality. You can now add transparent aluminum to list of Star Trek inventions made real.

Developed by defense contractor Raytheon and produced commercially by Surmet Corporation, transparent aluminum is what happens when technology catches up to imagination. Known as ALON or Aluminum Oxynitride, it’s not aluminum in the metallic sense but rather an advanced aluminum-based ceramic. But it’s still pretty cool.

The see-through material begins as a powder and takes shape once baked in extraordinary heat. That process causes the powder to liquefy. It’s cooled quickly, which leaves the molecules arranged as if still in its liquid form. It’s then polished to produce the transparent appearance. 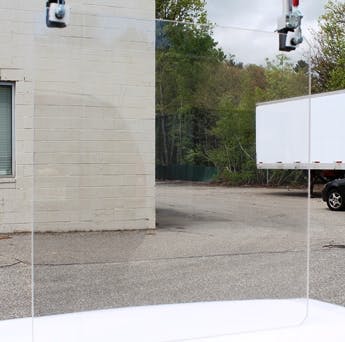 More than just a cool visual, though, ALON is also extremely tough; it’s scratch resistant and able to stop a bullet. Its development creates for a viable replacement to bulletproof glass. While typical bulletproof glass requires up to three inches of material to halt a .50 caliber armor-piercing bullet, aluminum armor can stop it in half that. Plus, the aluminum is half the weight and thickness, making it a more practical material.

Of course, these materials don’t come cheap. Cost has proven prohibitive when it comes to ALON, which has yet to see widespread adoption. Though it’s more malleable than bulletproof glass and can be made into nearly any shape, it can also cost three to five times more than the standard bulletproof glass. Currently, ALON is used primarily for smaller applications including lenses and small windows.