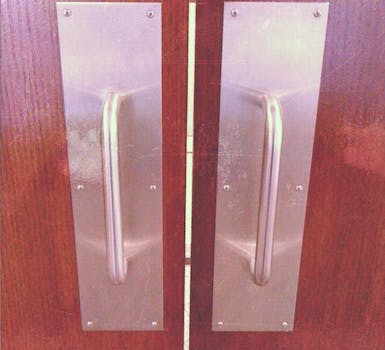 Negotiations on the multinational trade agreement, which could usher in a harsh new global copyright regime, are scheduled to continue next week.

Another day, it seems, another threat to your Internet freedom.

Meet the Trans-Pacific Partnership (TPP), a nine-nation trade agreement between all of North America, the Antipodes, and parts of South America and Southeast Asia. Mexico and Canada have both been invited and are expected to join soon. Negotiators hope to finalize the agreement by the end of 2012. Their next round of negotiations starts July 2 in San Diego.

The TPP seeks to regulate trade across the Pacific. But according to critics, it would irrevocably alter the Internet for the worse.

One of the alarming things about the TPP is that it’s being negotiated entirely behind closed doors. To that end, 133 members of Congress sent a letter to U.S. Trade Representative Ron Kirk on Wednesday asking for transparency on the TPP process.

“We request that you provide us and the public with summaries of the proposals offered by the U.S. government, so we have a clearer idea of what positions are being advanced of the U.S. citizenry,” they wrote.

The letter even accuses Kirk of deliberate attempts to keep the public in the dark, claiming that “the negotiating parties signed a confidentiality agreement in 2010 imposing heightened secrecy.”

According to a press release from the Obama administration, “To create the conditions necessary to successfully reach agreement in complex trade and investment negotiations, governments routinely keep their proposals and communications with each other confidential.”

Because of this lack of transparency, most of critics’ concerns are based on leaked documents from previous rounds of negotiations. In many ways, the TPP is similar to the Anti-Counterfeiting Trade Agreement (ACTA), which currently awaits final vote by the European Union Parliament. Both are massive, multinational trade agreements which, in an attempt to streamline trade, try to regulate copyright. And strict copyright enforcement can often conflict with Internet use.

One leaked missive from the United States expresses a desire to criminalize possession of copyrighted material online in each of the TPP member countries, even if the downloader has no commercial motive with that material.

In short, warns the Electronic Frontier Foundation, “the TPP will rewrite the global rules on [Intellectual Property] enforcement.”

So Internet advocates, be warned. At least until the negotiators leak that they were just kidding.

Photo by Michael A. Harrison