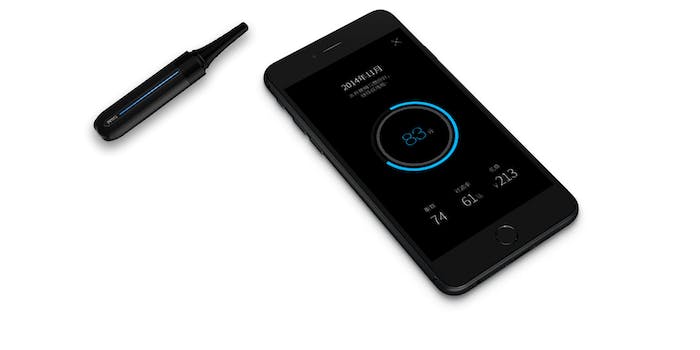 The ultimate tool in the fight to quit smoking.

Thanks to the Fitbit, Apple Watch, and the dozens of other wellness wearables available, fitness has already been gamified to a huge degree. Now, a Chinese company thinks it can harness similar incentive-based tracking to get you to drop your cigarettes for good. 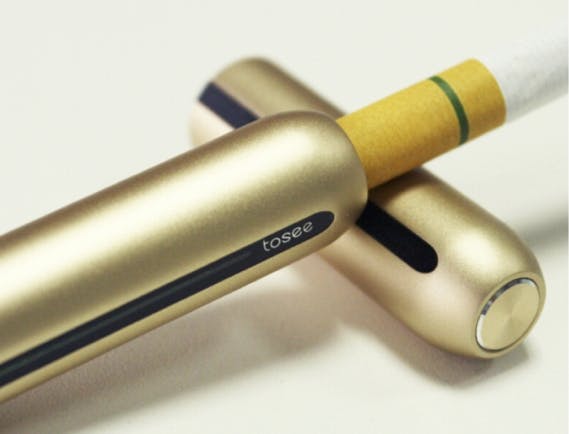 Tosee is a cigarette holder created by Ang Mi, and it’s designed to track every bit of tar and nicotine that you’re ingesting. Simply stick your smoke in the one end of the device and take a drag as you normally would. Tosee tracks the amount of various substances the the smoke contains and plots it on the Tosee smartphone app, showing you how much you’re inhaling over time.

You can then set goals and warnings based on personal limits, so you can gradually cut back over time without the worry of losing track, and eventually drop your habit for good.

“We designed Tosee to provide smokers with the data to help them understand the impact of their habit and tools to actively reduce it, according to goals they set for themselves,” the company notes.

After raising its requested funding amount during a brief crowdfunding campaign in March, the devices are expected to being shipping shortly, and eventually find their way to retail. During the fundraising period, a Tosee carried a price tag of $89 to $99, though that could change if and when the devices are made available for order.