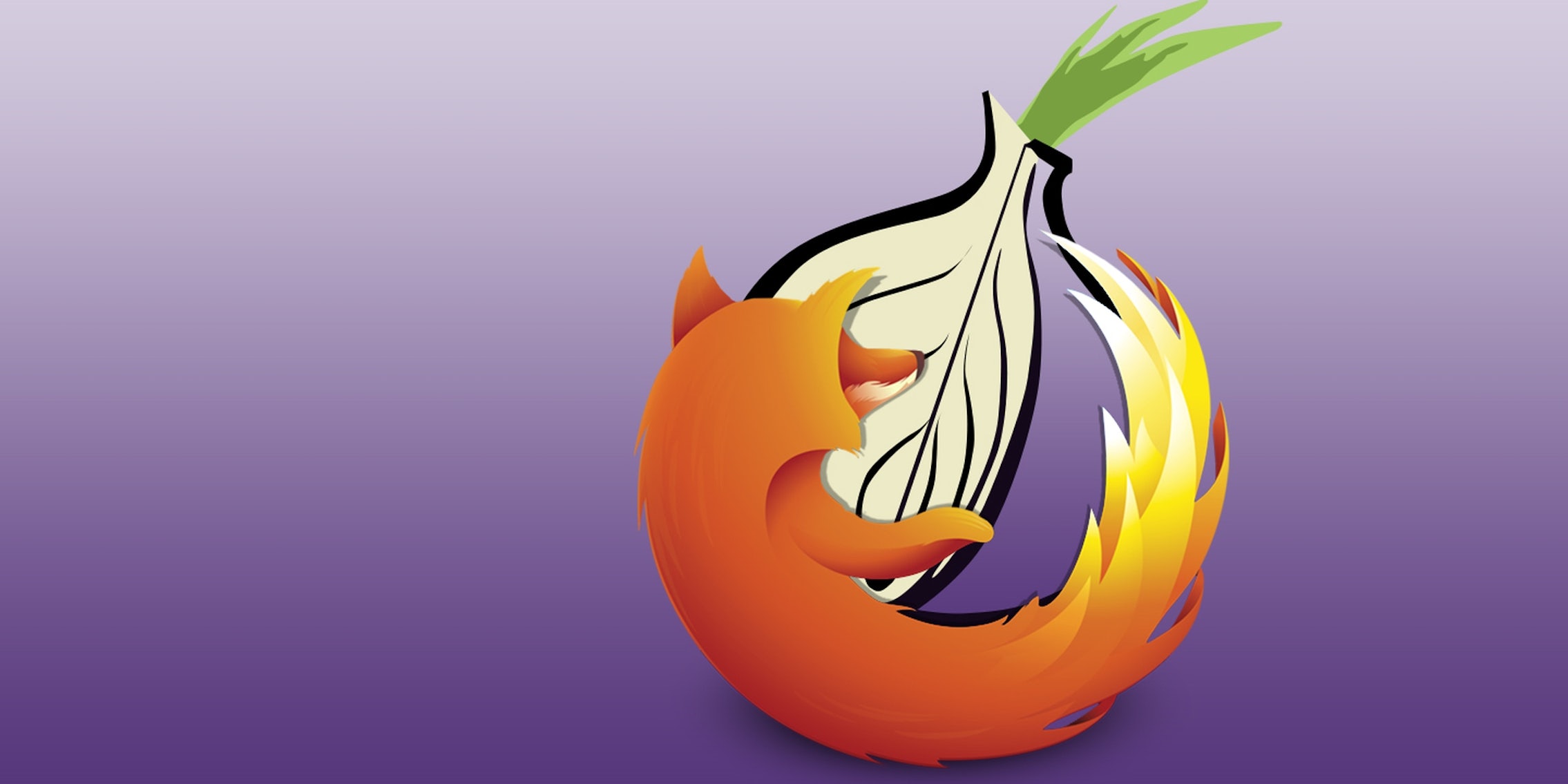 “Their product is 10-20 percent of the global market, this is of roughly 2.8 billion global Internet users.”

Is this how the mainstream finally begins to win back its online privacy?

The Tor anonymity network may soon expand to hundreds of millions of new users around the world as the software’s developers prepare to scale to a “global population.”

Several major tech firms are in talks with Tor to include the software in products that can potentially reach over 500 million Internet users around the world. One particular firm wants to include Tor as a “private browsing mode” in a mainstream Web browser, allowing users to easily toggle connectivity to the Tor anonymity network on and off.

“They very much like Tor Browser and would like to ship it to their customer base,” Tor executive director Andrew Lewman wrote, explaining the discussions but declining to name the specific company. “Their product is 10-20 percent of the global market, this is of roughly 2.8 billion global Internet users.”

That ranges from 280 million people to 560 million. While it stands to reason that not all of those people would be using the “private browsing mode” all the time, even a fraction of these numbers represents a potentially huge increase in size for the Tor network.

The product that best fits Lewman’s description by our estimation is Mozilla Firefox, the third-most popular Web browser online today and home to, you guessed it, 10 to 20 percent of global Internet users.

Mozilla, one of the biggest and most influential tech nonprofits ever, offers Firefox as a free, open-source, privacy-friendly alternative to browsers like Google Chrome and Microsoft’s Internet Explorer.

If implemented effectively, Tor would be a major privacy upgrade over Firefox’s current private browsing mode which “allows you to browse the Internet without saving any information about which sites and pages you’ve visited.”

Tor, which is capable of all that and more, crucially blocks websites from learning any identifying information about you and circumvents censorship. It also stymies eavesdroppers from discovering what you’re doing on the Web. For those reasons, it would be a powerful addition to the arsenal of privacy tools Firefox already possesses.

The Tor Browser is already a modified version of Firefox, developed over the last decade with close communication between the Tor developers and Mozilla on issues such as security and usability.

When we reached out to both parties for comment, neither Tor nor Mozilla confirmed or denied that they were in talks. (See update below.)

“Many companies want to include Tor in their products, because they’ve heard from the market that Tor is the real deal and really does work,” Lewman told the Daily Dot. “As privacy is becoming the hot new buzzword for products to include, jump-starting with Tor seems a smart way for a product manufacturer to do it.”

First launched in 2003, Firefox boasts half a billion users worldwide and is the leading browser in several major European and Asian nations. It served as a sharp rebuke to the over-commercialization of other popular Web browsers. The careful addition of a Tor option would likely receive lavish praise from Firefox’s many privacy-friendly fans.

The potential inclusion of an “easy Tor button” in Firefox and other products is just the latest in a series of moves by Tor developers designed to make the software easier to use and more widely accessible. The team has put ample work into a variety of new features, such as anonymous instant messaging, simple anonymous website launching, faster connection speeds, an anonymous mobile operating system, and other projects meant to broaden Tor’s appeal.

When it was launched for the public in 2002, Tor was a complex tool available mostly to highly technical academics and professionals. Today, it’s both easy to use and powerful, the perfect combination to tempt mass adoption.

Of course, the software is already very popular. Over two million users and rising are on the network at any given moment. It’s popular enough, in fact, that intelligence agencies and police departments in every corner of the globe have focused significant resources on figuring Tor out.

Tor seems poised to burst into the mainstream. The software, which has already played significant roles in television shows like House of Cards, will take center stage in a Deep Web TV show, a Silk Road movie, several books, a play, and more media than one can count.

In addition to the unnamed Web-browser developer, Tor has been engaged in multiple conversations this year with numerous Internet service providers, hardware manufacturers, and software development firms about potentially integrating Tor into products (or offering “Tor-certified products”) with a total customer base of over 200 million people—not counting the potential 500 million that potential Firefox integration would bring to the table.

Firms throughout the tech industry are enthusiastically searching for the next “must have” privacy features in the products. Edward Snowden’s National Security Agency (NSA) leaks kickstarted a new corporate concern for privacy. Since then, a seemingly endless torrent of cybercrime and rapidly increasing global digital censorship and surveillance has driven even the world’s biggest company to take to encryption.

Following in Google’s footsteps, Apple recently announced that its iOS 8 mobile operating system includes strong and full encryption, even going so far as including it as a default option. Although both companies have taken criticism for that choice from FBI Director James Comey and former NSA head Michael Hayden, privacy advocates and consumers worried about cybercrime—after all, Apple just suffered a high profile breach—have been praising the decision.

However, two million Tor users are only a fraction of the number of potential adopters Firefox can bring.

If tens or hundreds of millions of new users inundate the current Tor network, it faces “implosion,” Lewman said in an email earlier this year, meaning it won’t be able to handle the rush of traffic. For that reason, Lewman and other Tor developers are working hard to integrate solutions to scale up the Tor network to many times its current size.

The tech firms currently in talks with Tor are “willing to entertain offering their resources to help us solve the scalability challenges of handling hundreds of millions of users and relays on Tor,” Lewman wrote.

There are several key challenges that Tor’s developers face when it comes to growing network capacity.

Node discovery algorithms, for instance, will need to be fine-tuned significantly as current assumptions about network topology—the way the Tor network is set up physically and logically—will break down. Nick Mathewson, Tor’s chief architect, has previously written that such work could take up to a year to complete. If a major tech firm offers resources to help, however, the timeframe will shorten dramatically.

Another potential option is to make normal Tor users active parts of the network that encrypt and pass around anonymous Internet traffic. Currently, most Tor users have a passive role, and do not help the network operate more efficiently. Similarly, Tor could offer financial incentives for anyone running a fast relay.

For now, the conversation is still ongoing.

“The challenge is to find answers and maintain the protections Tor provides now,” Lewman told the Daily Dot.

One of many possible positive consequences of adoption by Mozilla or other big firms, Tor advocates say, is that a huge increase in the number of Tor users may force companies that were previously hostile to Tor to reconsider their stance. There are many dozens of Internet service providers around the globe that currently do not allow Tor nodes to run for various reasons, a number that might shrink in the future.

In other words, adoption by major companies and millions of people may snowball and bring in ever more tech companies and Internet users to the world of Tor.

Update 8:15am ET, Sept. 30: In an email to the Daily Dot, a Mozilla spokesperson emphasized the organization’s “long-standing relationship” with the Tor Project, but would not confirm or deny possible Tor integration into Firefox.

“Mozilla and the Tor Project share many of the same values and goals, such as building user trust in the Web and giving users more capabilities to navigate the Web on their own terms. We have a long-standing relationship with the Tor Project and regularly discuss ways we might collaborate to strengthen the open Web and deliver a better browsing experience for Firefox users, but have no specific projects to share at this time.”

Update 11:48am ET, Oct. 2: A pair of tweets posted earlier this year by Mozilla CEO Brendan Eich confirms that his organization has been in talks with the Tor Project over potential Firefox integration:

@OhMeadhbh FYI we are working w/ TOR on up-streaming and with an eye on bundling or productizing. @TedMielczarek @deezthugs @bcrypt

. @briankrebs Maybe we should just adopt, support, and bundle Tor in Firefox… @vlad902