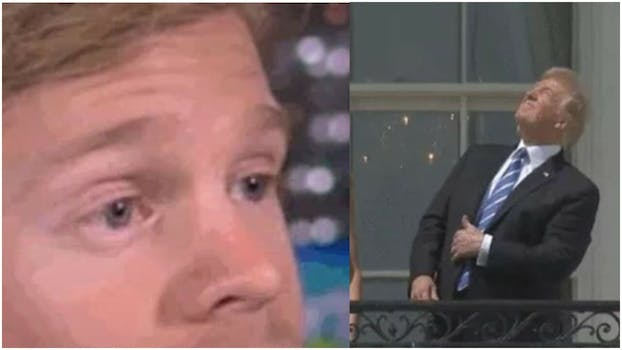 One of the internet’s best end of year lists is here. The popular GIF database Giphy released its annual top 25 ranking earlier this month, a showcase of the most popular short animations on the internet.

The variation found on this list proves how difficult it is to predict the popularity of a GIF. There are images taken from sporting events and TV shows, user-created stop-motion animations, and clips cut from longer videos. As long as it can accurately (or ironically) capture the emotions of internet-goers, any clip can become the next viral sensation. Here are the top five GIFs of 2017 taken from 2 billion entries posted by 300 million people.

It may not capture the overall feeling of 2017, but the top GIF of the year is perhaps the heart-warming image we need going into 2018. Titled “Love Gnome,” the GIF from Chicago-based artist Anna Hrachovec shows a gnome knit a floating heart and release it up in the air. The short loop was viewed 340 million times. A reaction to the 2016 presidential election result, the GIF is still used to show that love exists among the chaos that has defined the last 12 months.

If you’ve been keeping up with internet trends then you’ll recognize the second most-viewed GIF of the year. It’s the white dude blinking, which was seen by 226 million people. That blinking white guy is Drew Scanlon, a former video producer at the popular gaming site Giant Bomb, whose subtle reaction to an inappropriate double entendre earned him widespread internet fame. The GIF can be used to express a range of emotions, making it the perfect animation to keep in your back pocket.

At this point, you’re probably wondering where all the doggos are, well, wait no further. The third-place GIF of the year, with 215 million views, is a waving pug taken from DNCE’s “Kissing Strangers” music video. This clip was destined for success. It has a cute dog and is a creative way to say “hello.”

The next top GIF comes courtesy of Fall Out Boy, yes that band you won’t admit you listened to a decade ago. The band put together a reaction pack for Giphy, a set of 145 different animations featuring members of the group. The top GIF from the set, with 197 million views, features the strange llama creature found in many of Fall Out Boy’s music videos.

Rounding out the top five is an epic football celebration masterfully performed by Washington Redskins linebacker Junior Galette—a GIF that’s arguably the best thing to come out of the NFL in 2017. Nothing could express our feelings better about 2017 ending than Galette’s unbridled enthusiasm.